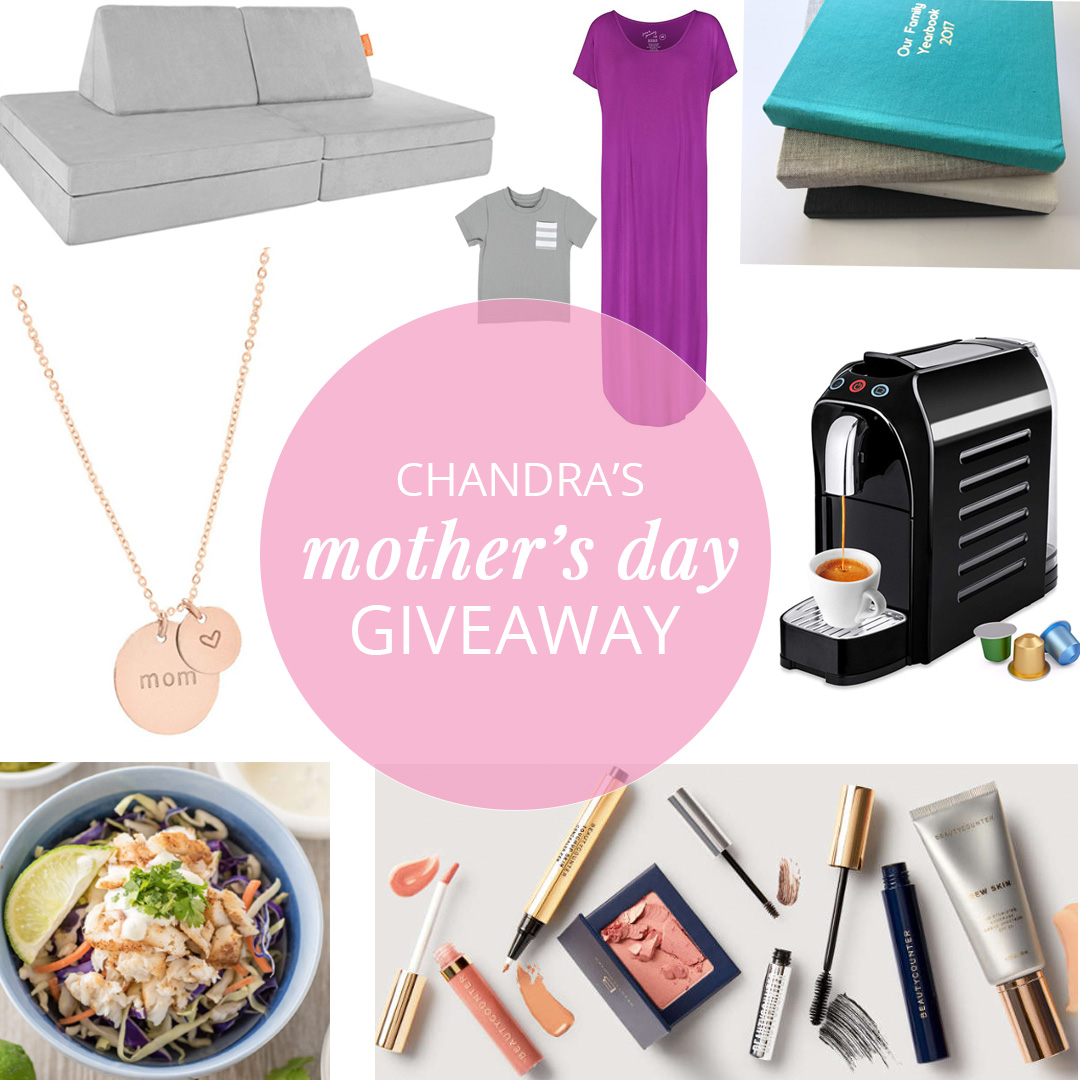 It has been a long time since I did a giveaway, but I never miss out on a chance to shower a fellow mother with gifts and goodies. So I’ve gathered up some stuff that I love so I can give one of my readers a special Mother’s Day treat. The full giveaway is in my instagram feed (look for the photo above) but I wanted to detail the prizes here. Also, leave a comment below sharing something motherhood has taught you for a bonus entry!

*Giveaway is open to US residents only (some items are not yet sold/shipped internationally — so sorry about this) ages 18 and older.

This post is sponsored by Merion Village Dental, but the experience and opinions are my own. 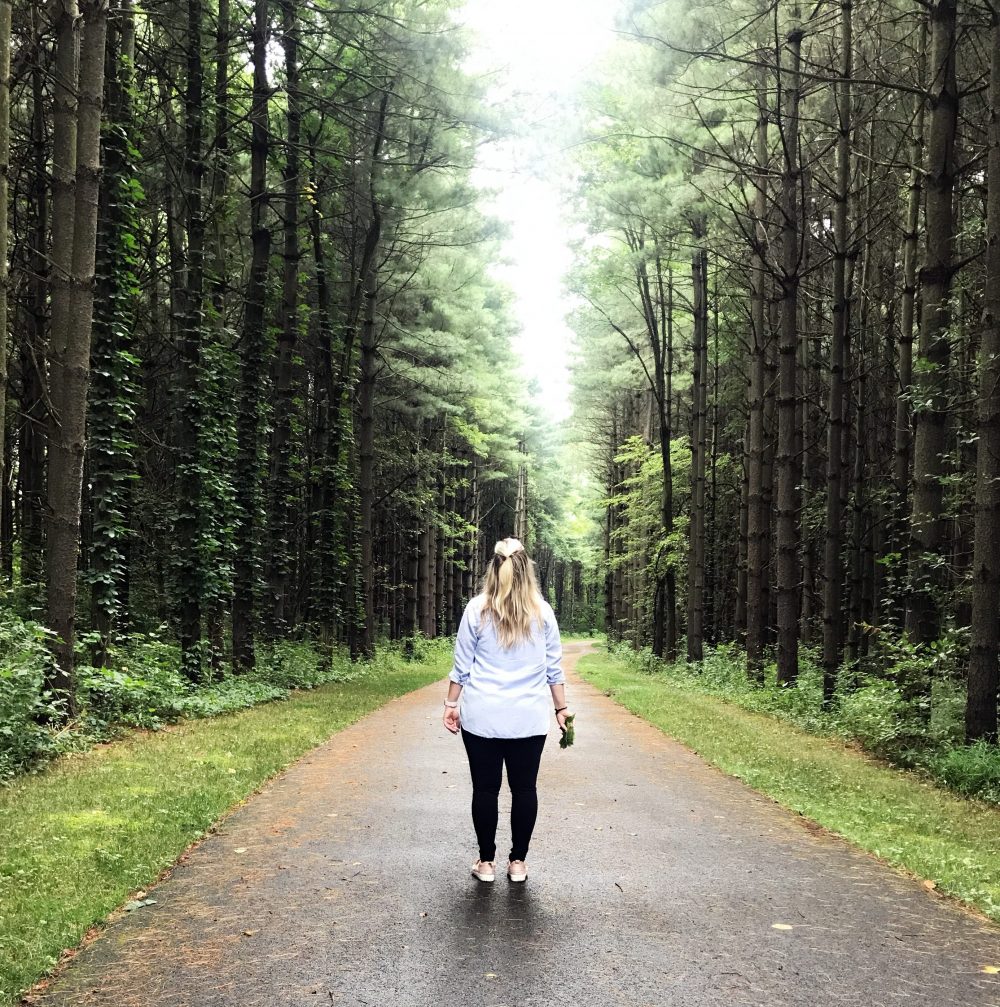 I know I’m not the first person or only person to struggle with dental anxiety. Going to the dentist is probably one of the more common anxieties out there. But my fear is big and intense, sometimes crippling. I have been scared since I was little, when I had to go to the dentist just to get my teeth pulled because they didn’t fall out easily on their own. I didn’t have a dentist with a good bedside manner and he wasn’t great with kids. I had to be numbed to have my teeth pulled and the needle in my gum was traumatizing. Everything about it was horrible. And I have carried that with me ever since. I dread the dentist. I avoid the dentist. And by the time I finally go, little problems have developed into bigger problems and the visit is much more invasive than would have been necessary. What would have been a simple filling turns into needing a crown. I even had a root canal once, when I was pregnant with Quincy. Talk about traumatizing!

I never had a cavity until I was an adult. Unfortunately I am a jaw clenched and grinder, and years of it meant I had unknowingly whittled down the enamel of my teeth, leaving them less protected and more prone to cavities. Add to that three pregnancies that really did a number on my dental health (which is really common in pregnant women) and now that I’m 40 my teeth are suffering from neglect and abuse, largely caused by my own anxiety during the decade that I was pregnant and busy with young children.

I was three years overdue for a visit to the dentist and I could tell I had at least one tooth that needed attention. But it took my son head butting me in the mouth and accidentally chipping my front tooth to get me to make an appointment. Because I can deal with pain, but a chipped front tooth is my line. Even still, the anxiety building for days before my visit was rough. Here is how I helped alleviate it a bit: END_OF_DOCUMENT_TOKEN_TO_BE_REPLACED 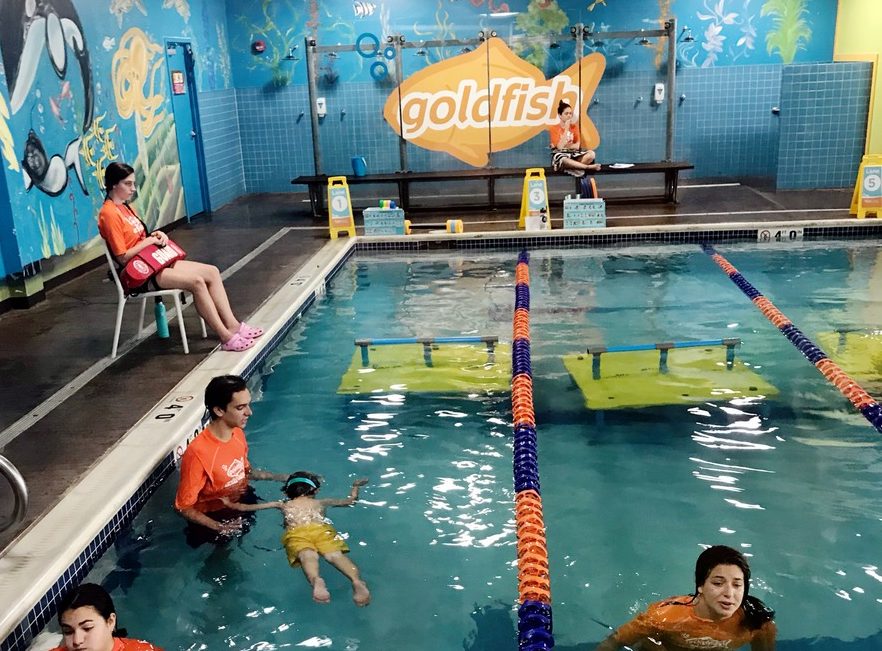 Most parents are pretty vigilant about watching kids closely when swimming or near a pool or the ocean. But there is just as much of a drowning risk for small children when you aren’t swimming, and because parents aren’t as aware of the risks it is probably even more dangerous.

As parents, we’ve educated ourselves on water safety while in the water, the signs of drowning, what to do during a potential drowning emergency – but it’s also vital to be aware of accidents that can happen even if you’re not actively swimming. Whether that is being in proximity of an accessible pool, the bathtub, or even a bucket of water it is imperative to be aware of any potential drowning hazards. Young kids need only seconds and 2 inches of water to drown. That means drowning can happen where you’d least expect it — the sink, the toilet, buckets, inflatable pools, or small bodies of standing water around your home, such as ditches filled with rainwater. It really is that easy. Here are some tips to keep in mind to help prevent drowning when you aren’t actively swimming from our friends at Goldfish Swim School: END_OF_DOCUMENT_TOKEN_TO_BE_REPLACED 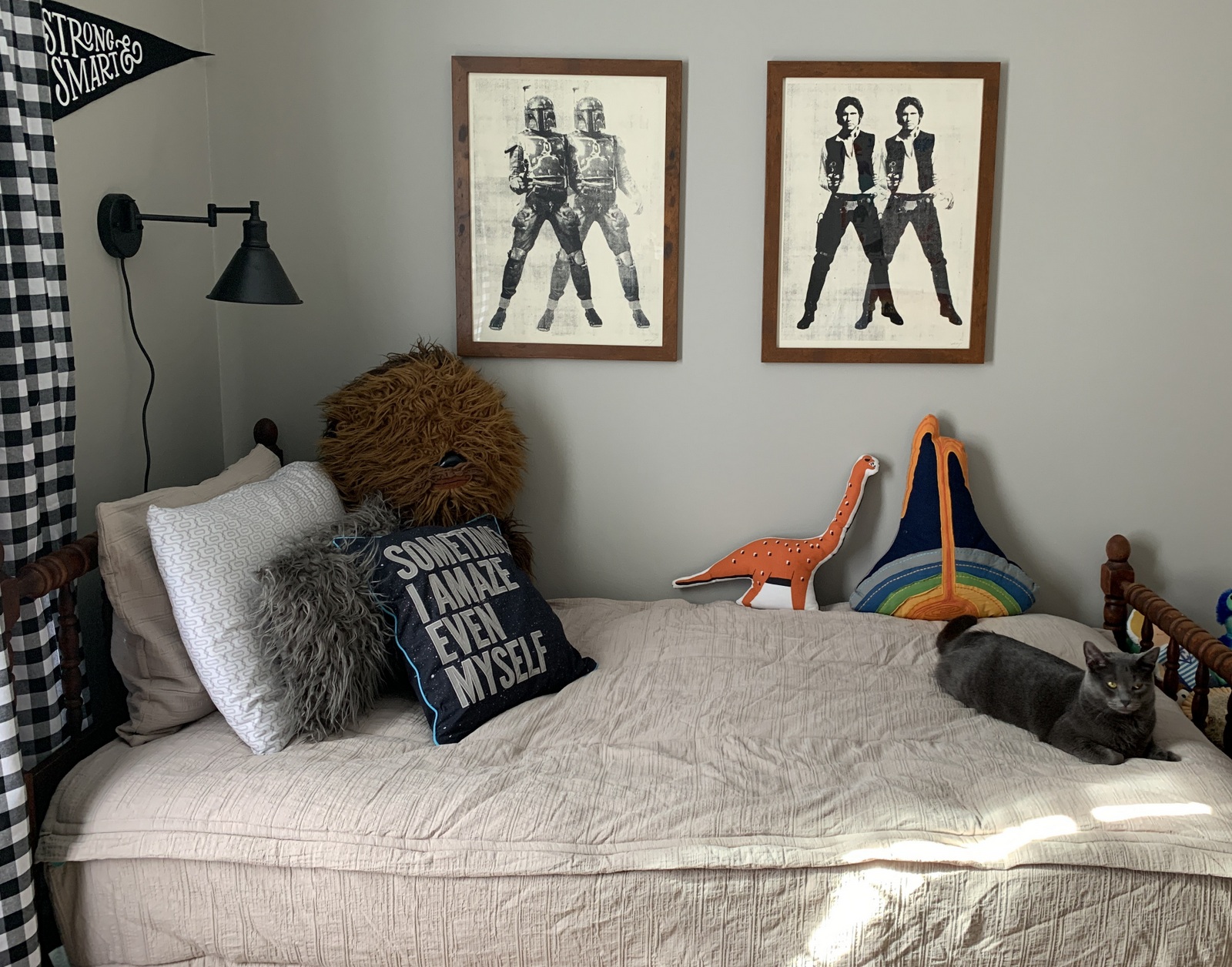 This room marks the end of an era in our house: no more sharing a room for Charlie and Calvin, and no more crib for Quincy. I no longer have a nursery but I now have an official big kid with a proper big kid room. It is bittersweet. But I had so much fun designing and creating this room for Charlie and he is thrilled with how it turned out. When I shared a sneak peek on Instagram, so many people requested to see more and get the sources for items I included. So I thought a room tour was in order. First, more photos. All sources will be listed at the end of the post. END_OF_DOCUMENT_TOKEN_TO_BE_REPLACED

This post is sponsored by Gourmesso, but the opinions are my own. 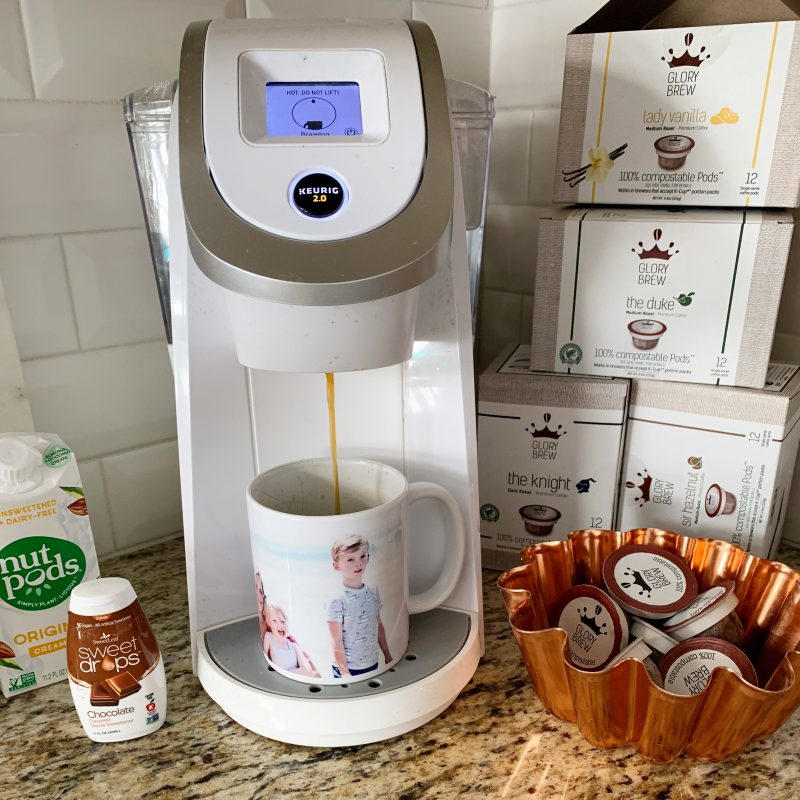 Since becoming a mother most of my guilty-pleasures have fallen by the wayside as there is less time or money to allocate to my own enjoyment (I know my fellow mamas feel me on that). But one thing that has actually increased is my coffee drinking. I love a good cup of coffee. I savor that quite ritual of drinking a delicious cup of hot coffee or espresso in the morning before my day begins. Honestly, I need the ritual of it more than I need the caffeine. I’m the only coffee drinker in my household so in an effort to prevent myself from drinking a pot of coffee on my own, I switched to single use machines — I have both a Keurig and a Nespresso. I tend to use my Keurig the most — it is the most convenient when I’m in mom-mode during our busy weekday mornings. But all those single-use pods add up, and that means both in cost and in the plastic containers that go into the garbage. Both of those things have bothered me about K-Cups for years. But I recently discovered Gourmesso and think I have found a solution to my concerns with their Glorybrew compostable coffee pods!

We compost at our house and I used to peel off the foil top of my old K-Cup containers to use the coffee grounds in our compost bin (which we then use in our garden) but it was messy and a pain in the butt. And then I still had all of those plastic cups that I had to throw in the garbage and feel guilty about because I was just adding to the global plastic problem. But the Glorybrew pods are 100% compostable, meaning that within about 12 weeks the entire pod will break down into clean soil to be added back into our ecosystem! If you don’t compost at home you can toss them into a flower bed or small area of soil, or send to an industrial composting facility in your community. We love composting and it isn’t as complicated as you would think. 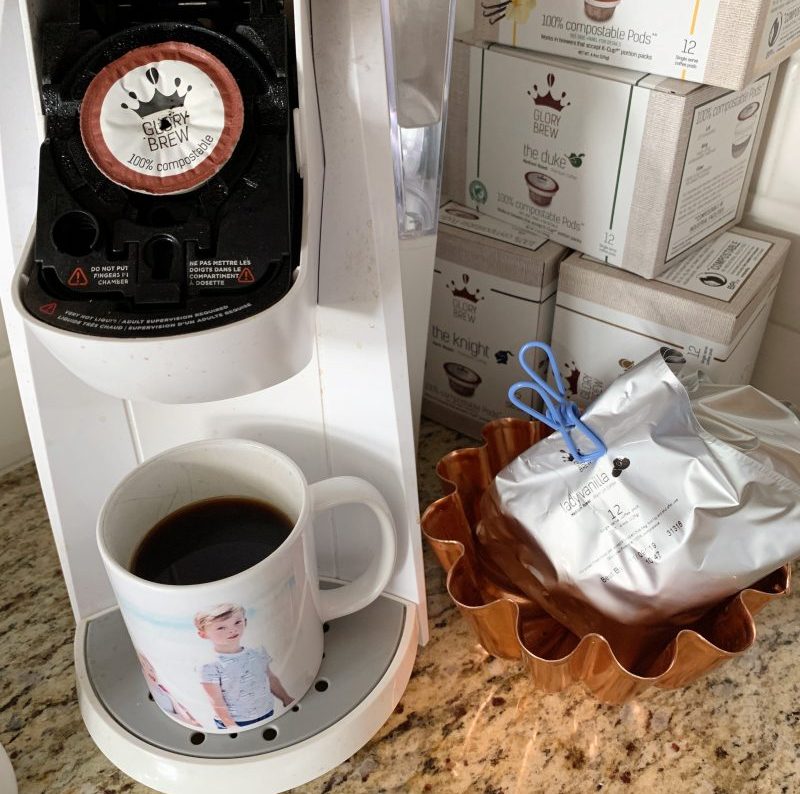 I also really like the coffee (Lady Vanilla is my favorite) and love that it is affordable. If you get the 60 pack you are spending a little over .50 a cup, which is a great value. That’s even cheaper than buying a box of Starbucks K-Cups at Costco. They even have a rewards program to help you save even more, plus ship it directly to you. 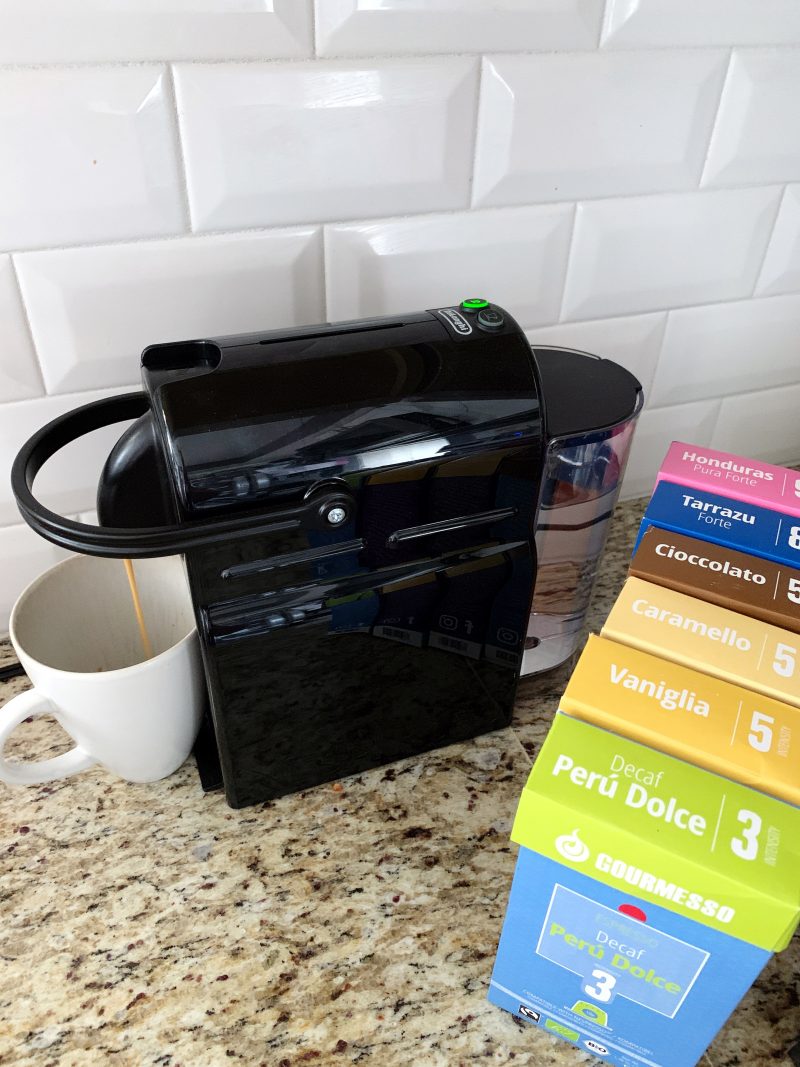 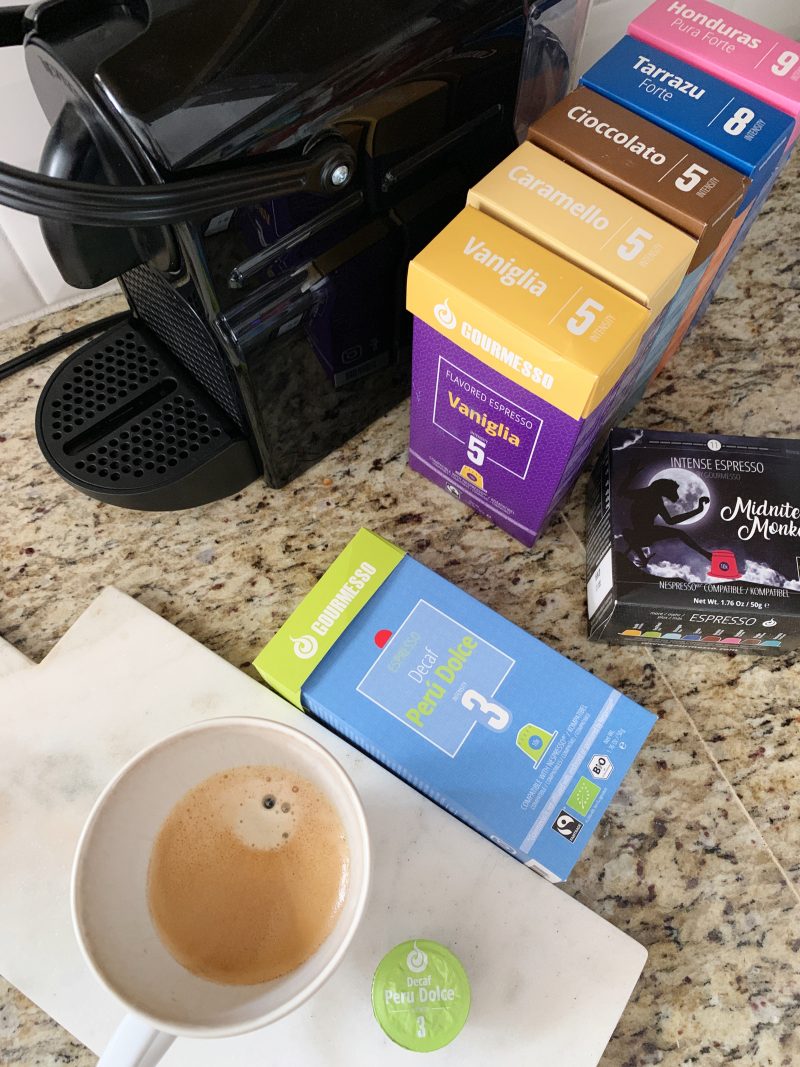 I also recently got a Nespresso machine for the occasional coffee or espresso treat. I love the frothy texture and flavor of making coffee this way but only do it when I have time to indulge. Nespresso’s pods are so expensive though and I was having sticker shock at buying them once my initial set that came with the machine had run out. But Gourmesso’s compatible capsules are much more affordable — you can get a box of 10 capsules for under $5 (which is basically the cost of an espresso drink at Starbucks). The capsules aren’t compostable but I use them much less frequently.

Gourmesso also has a certified FairTrade and Organic line of flavors, which is also a priority for me when it comes to coffee.

Want to try it for yourself? Head here to shop and you can get $5 off your order!

This post is sponsored by Gourmesso, but the opinions are my own. 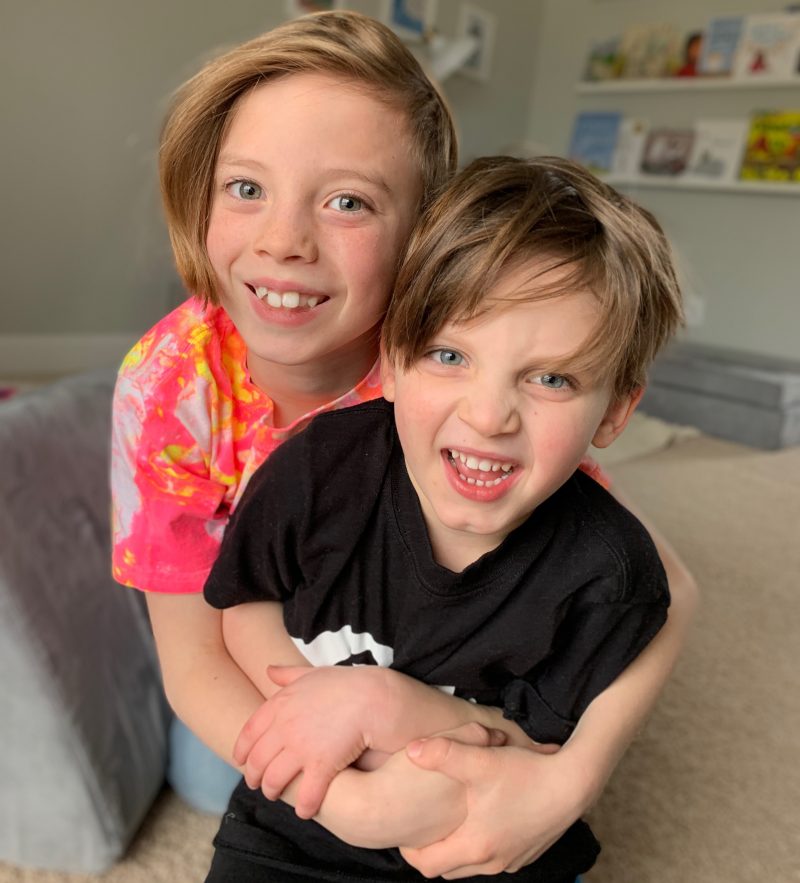 I think one of the hardest parts about having multiple little kids is trying to keep everyone healthy. Because once one of us comes down with a sickness, we all go down. Or you might get over the hump of a health issue with one child and then a new one pops up. Colds, croup, constipation, oh my! I’m by no means an expert, but after 8 years of parenting and three kids I’ve learned a thing or two about how to stay healthy or figured out what works for us when one of us isn’t. I’ve teamed up with DocuSol® Kids to share some tips for how I keep my kids healthy on the inside. 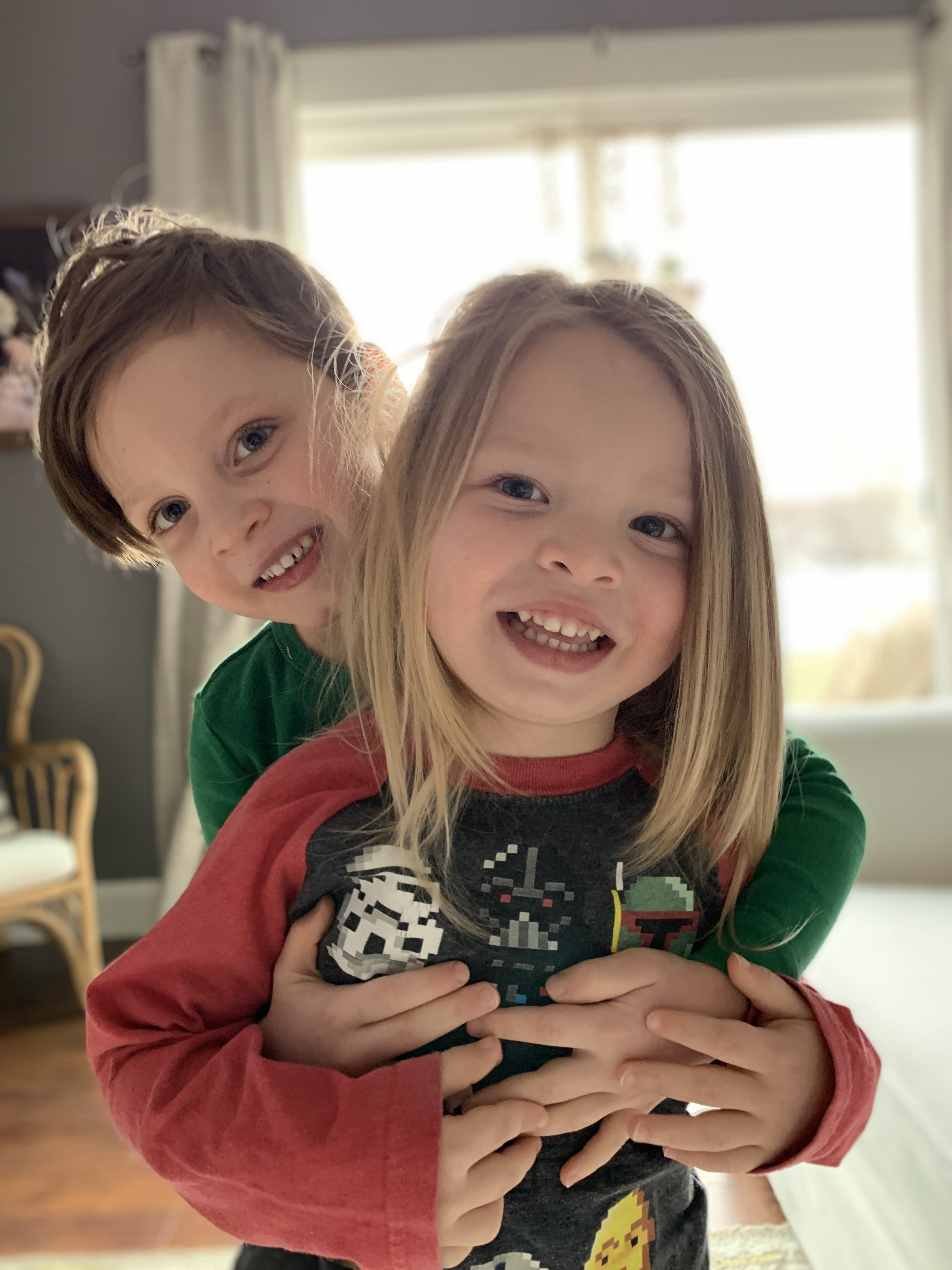 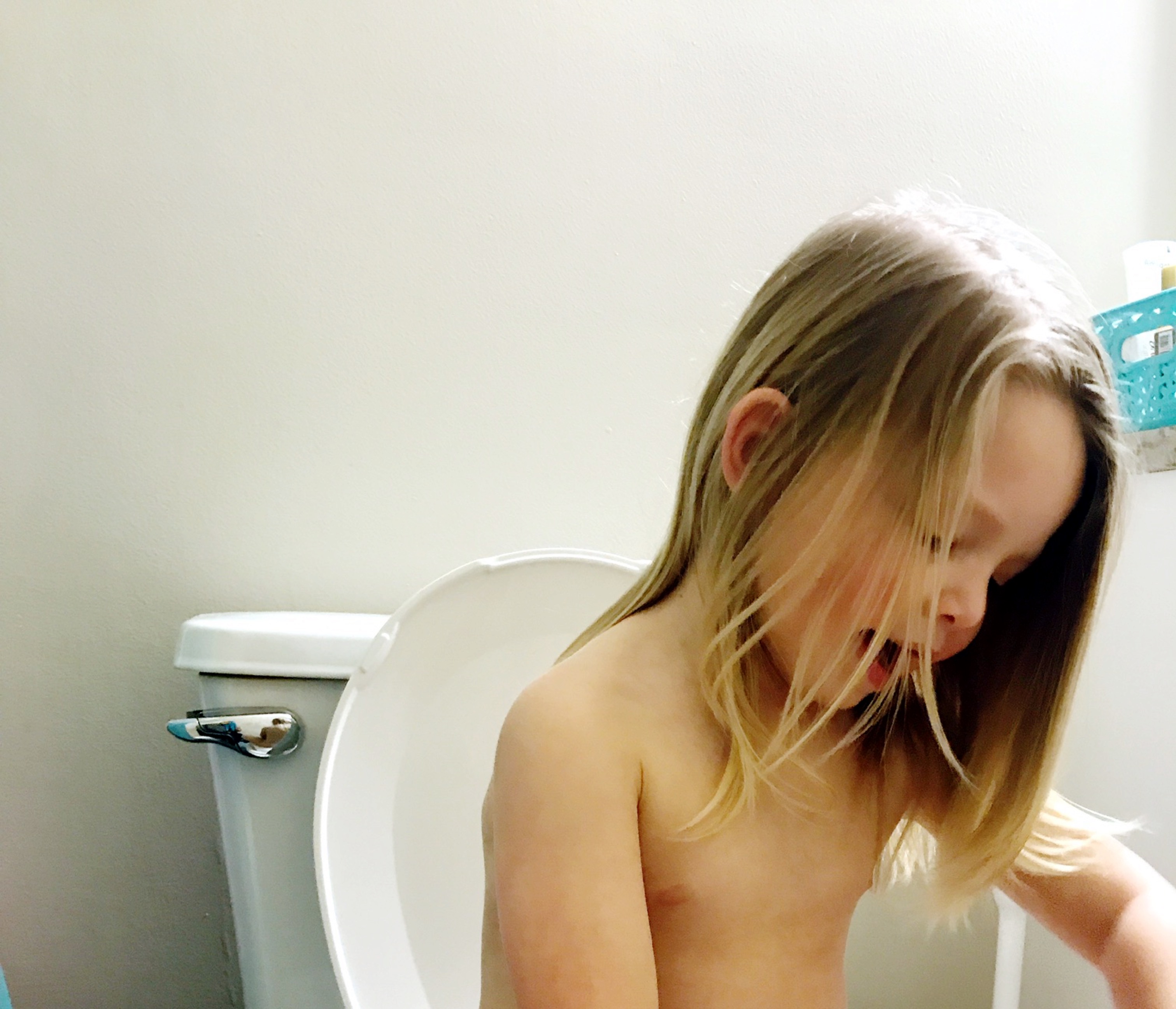 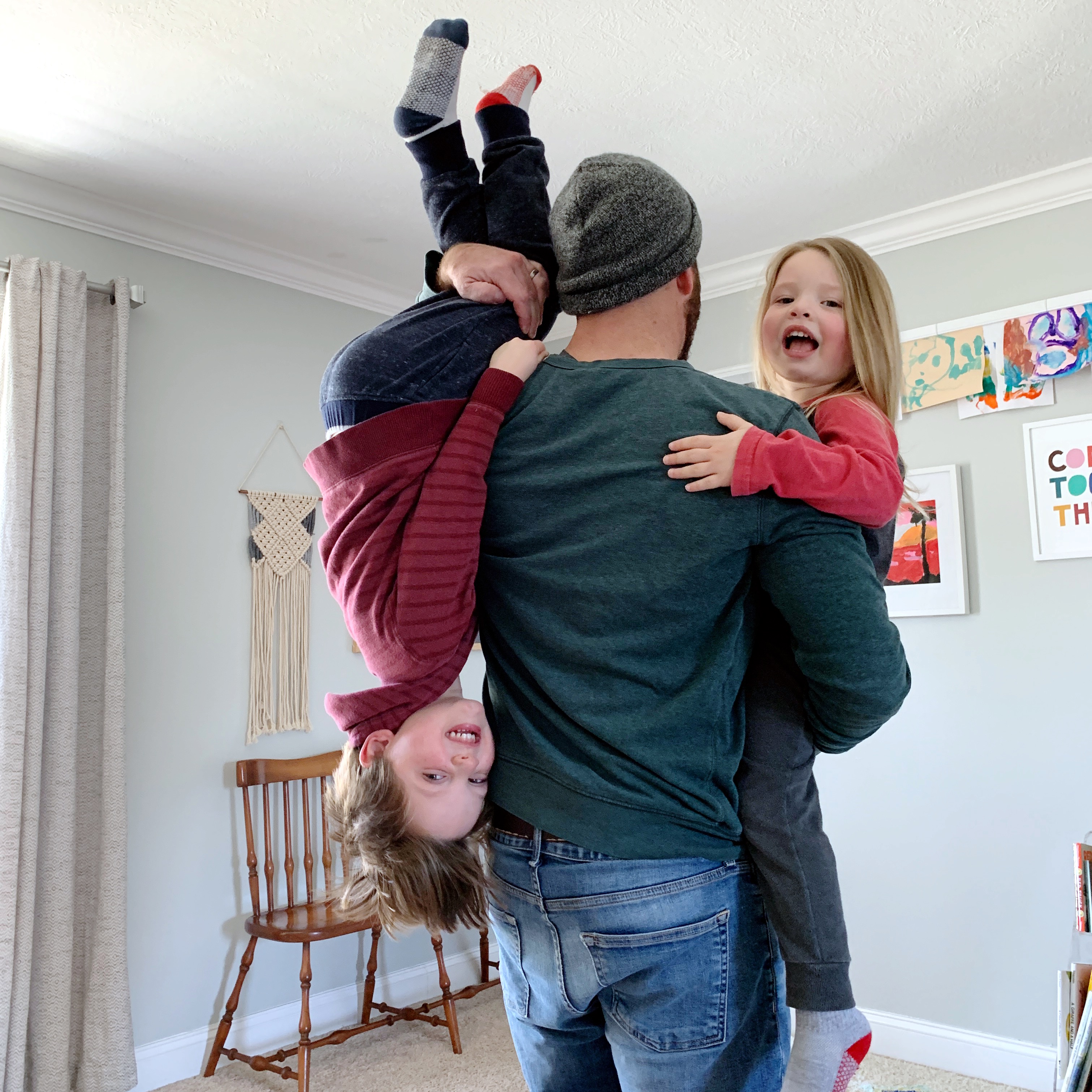 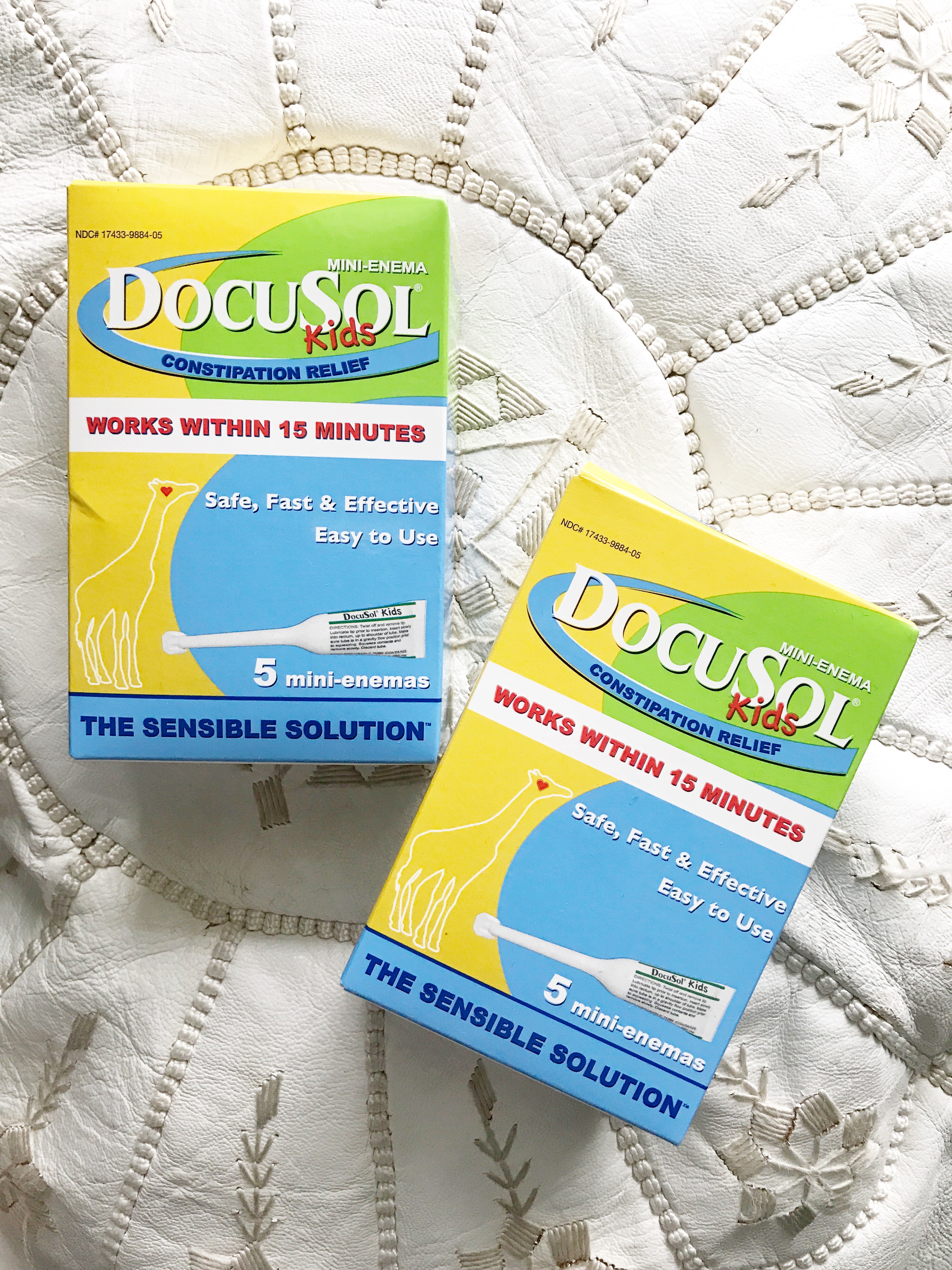 Always consult your pediatrician for any health concerns you are having with your kids. But also have your mom tool box stocked with some prune juice, distractions, rewards, and DocuSol® Kids.

This is a sponsored post written by me on behalf of DocuSol® Kids.