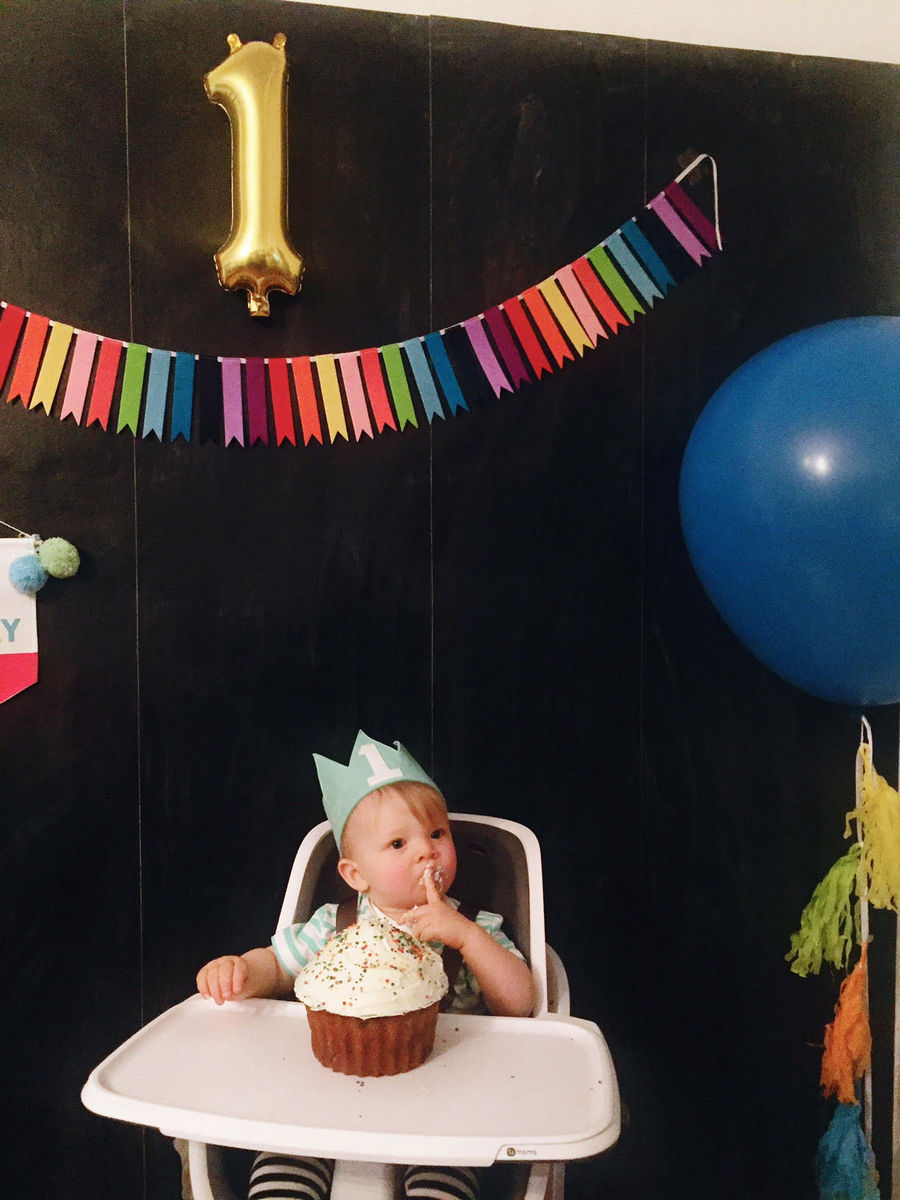 The difference between a first baby’s 1st birthday party and a third baby’s 1st birthday party is the obsessing over the planning and details. For Charlie’s, I started planning months in advance, making countless DIY projects and decorations. Since I was really busy and somewhat in denial that Quincy was turning 1, I didn’t even think about his first birthday party until the month of his birthday. And the only thing I made myself was his smash cake and the party cupcakes. Every other bit of decor came from the Target dollar spot, except for a super cute paper chain that big brother Charlie made the morning of the party. I wanted to share to show you that simple parties can be just as sweet and cute as elaborately planned ones. And honestly, I was able to enjoy Quincy’s party much more than any other birthday party I’ve thrown for my kids. Because I just didn’t overdo it or stress about it. 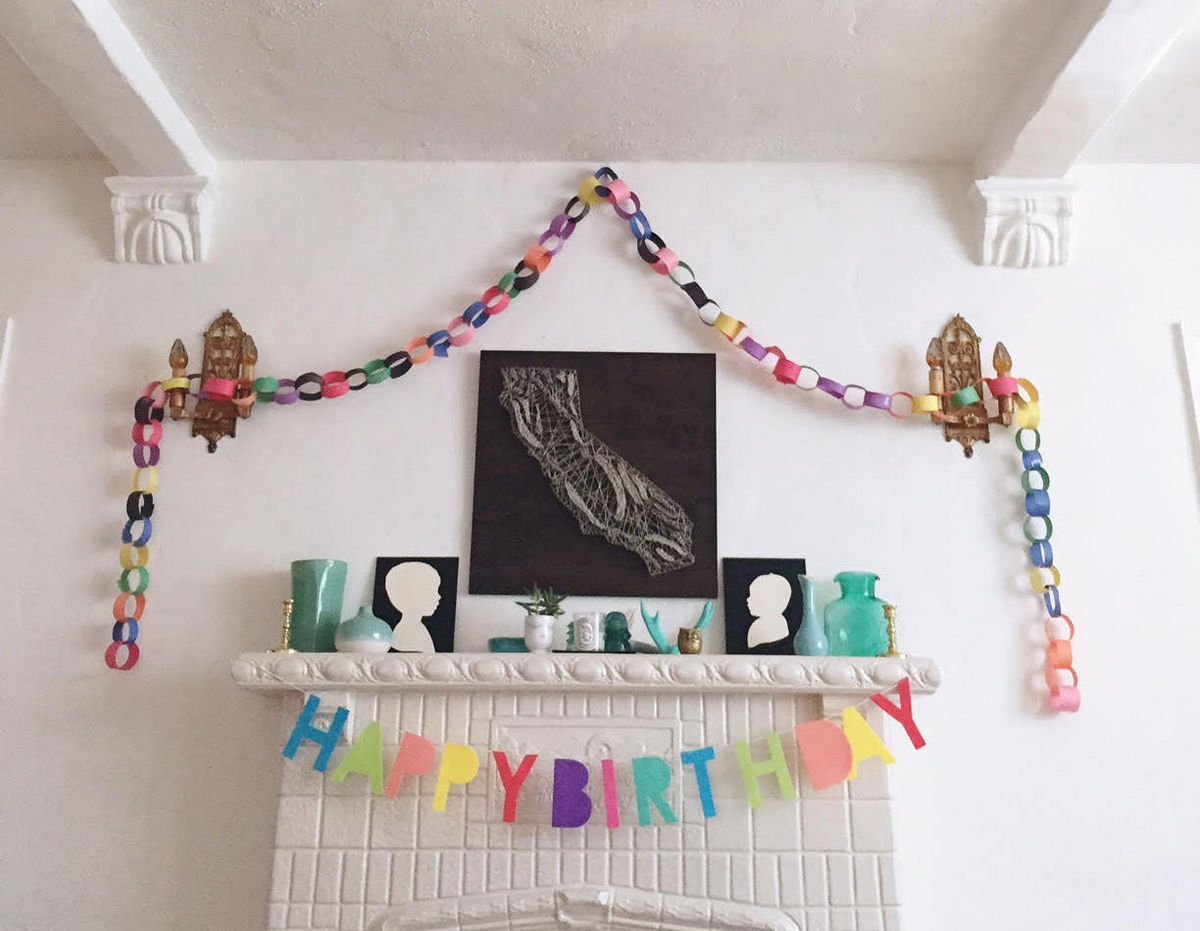 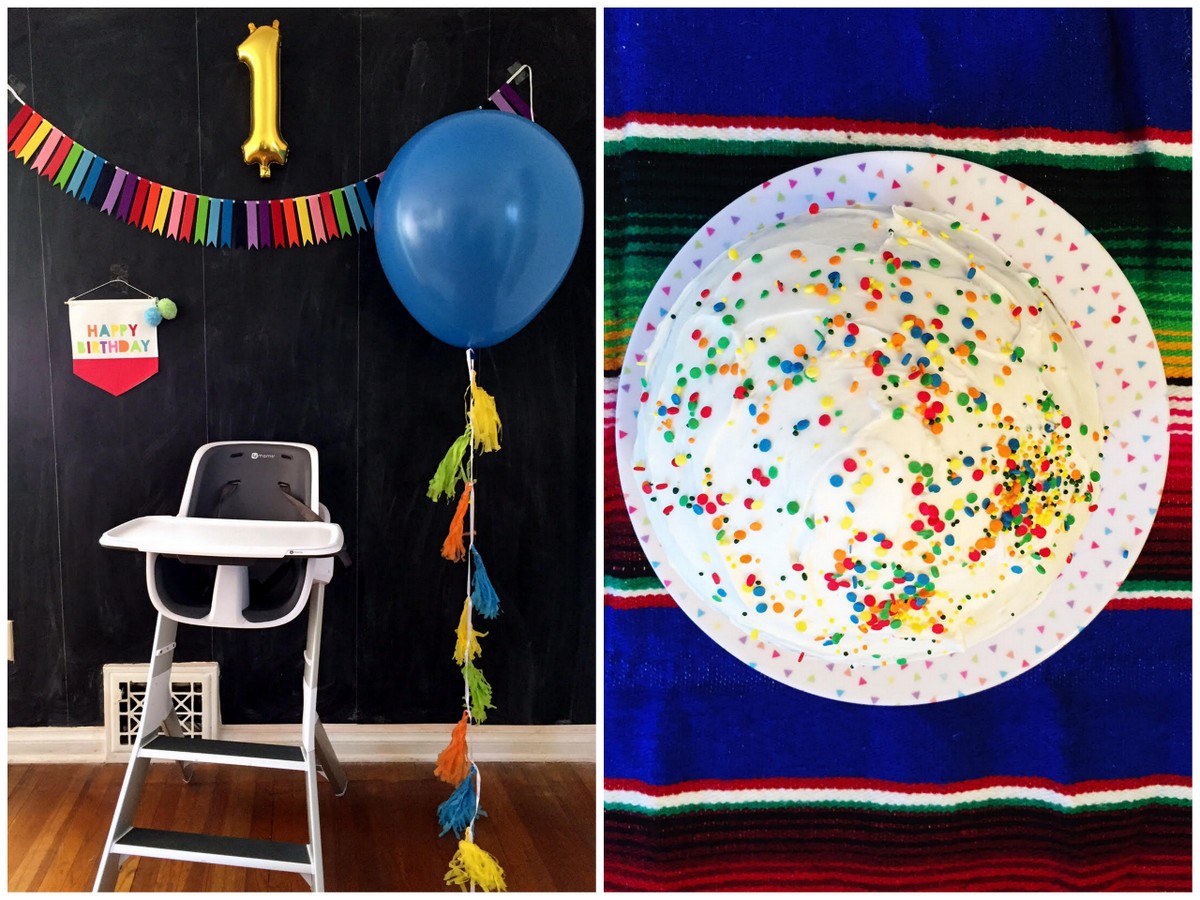 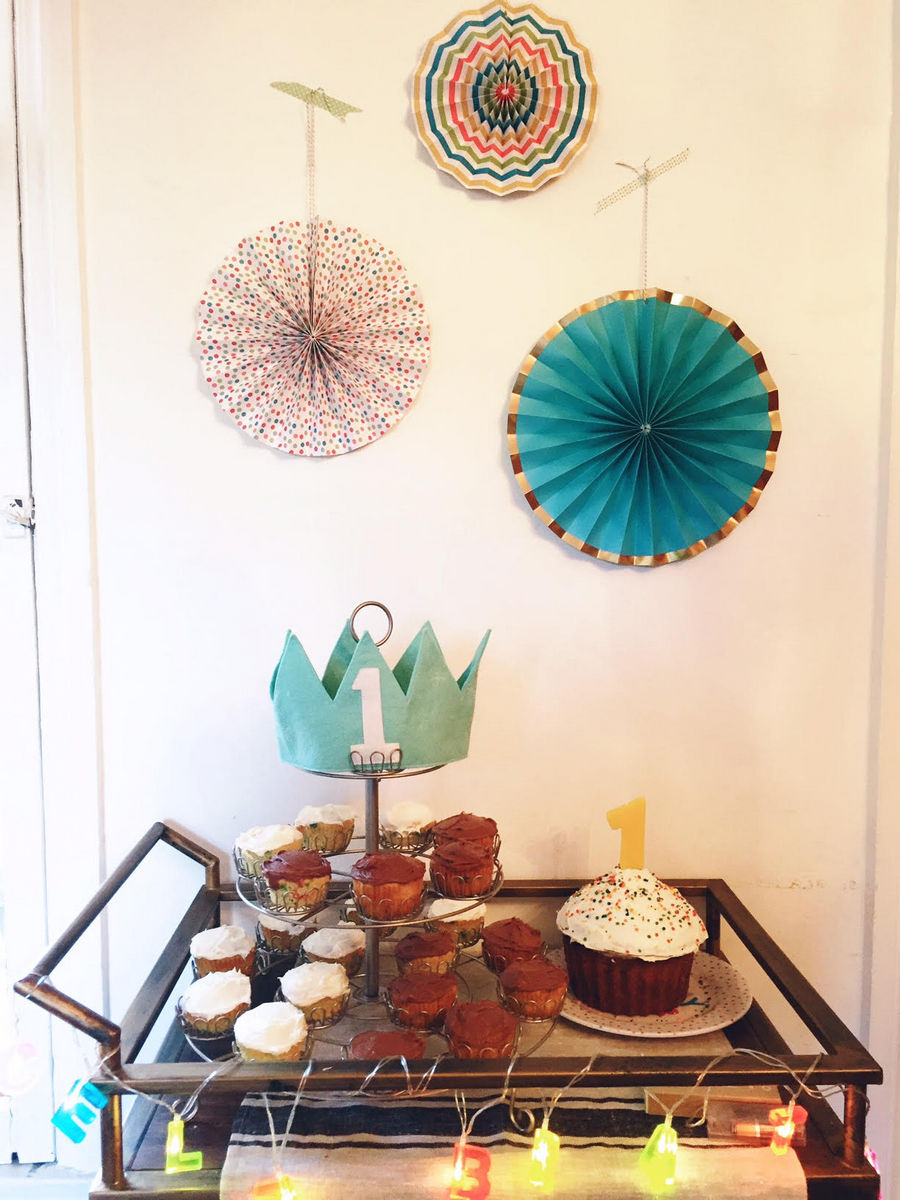 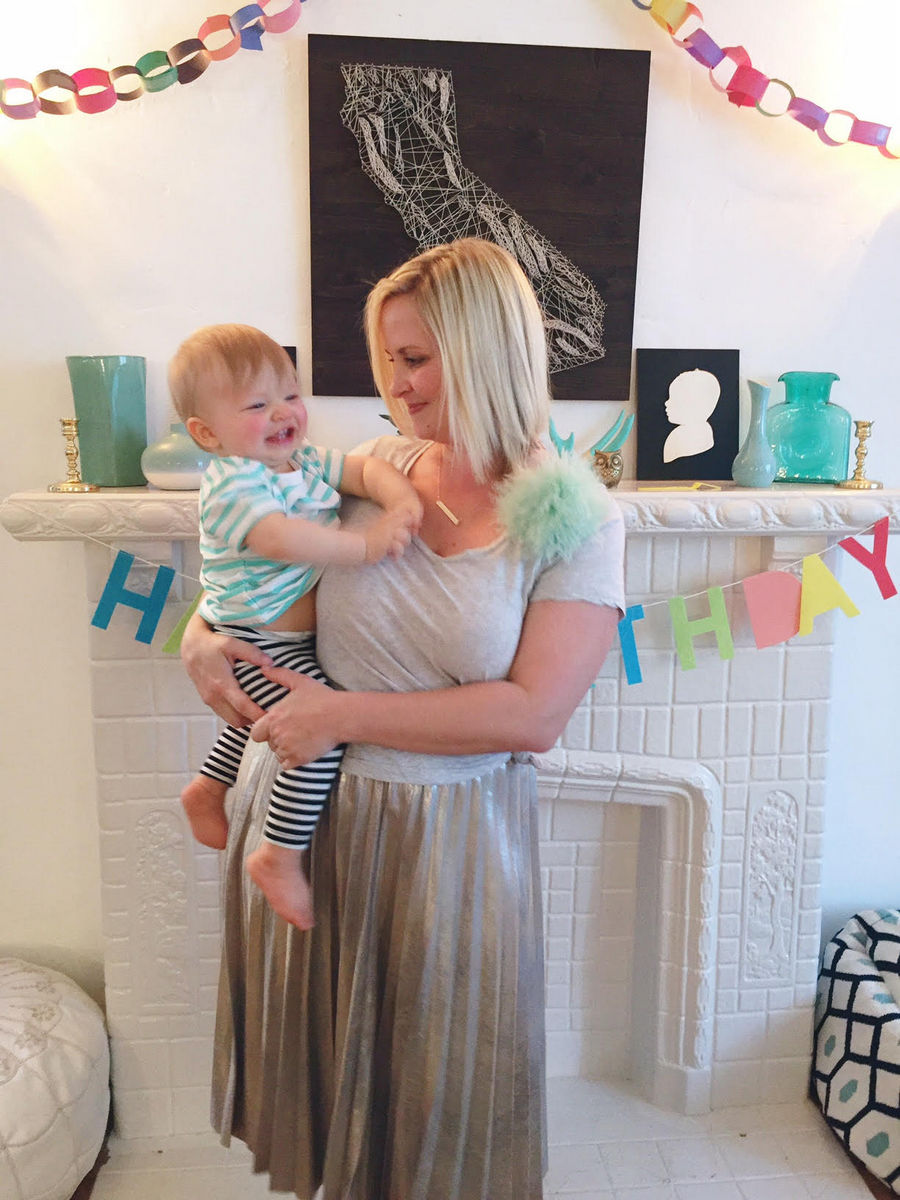 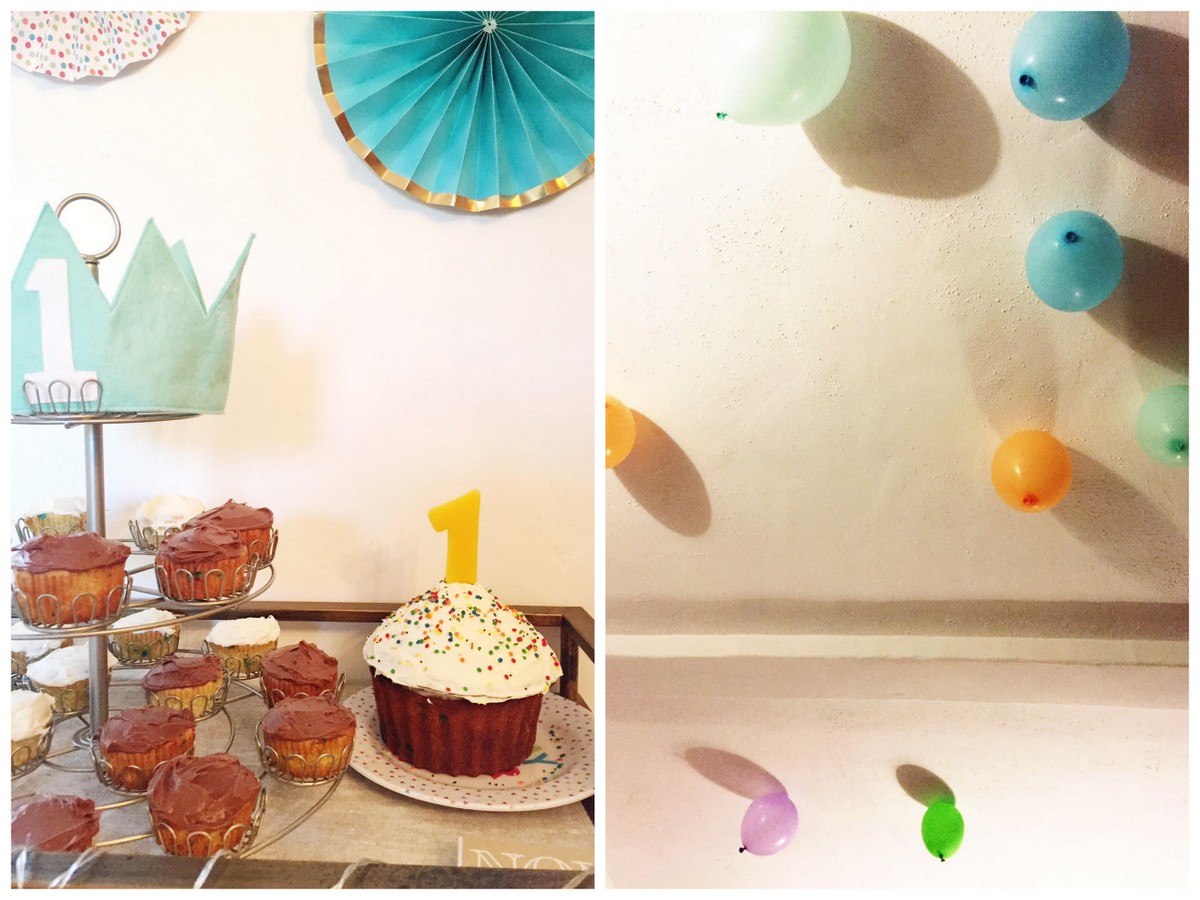 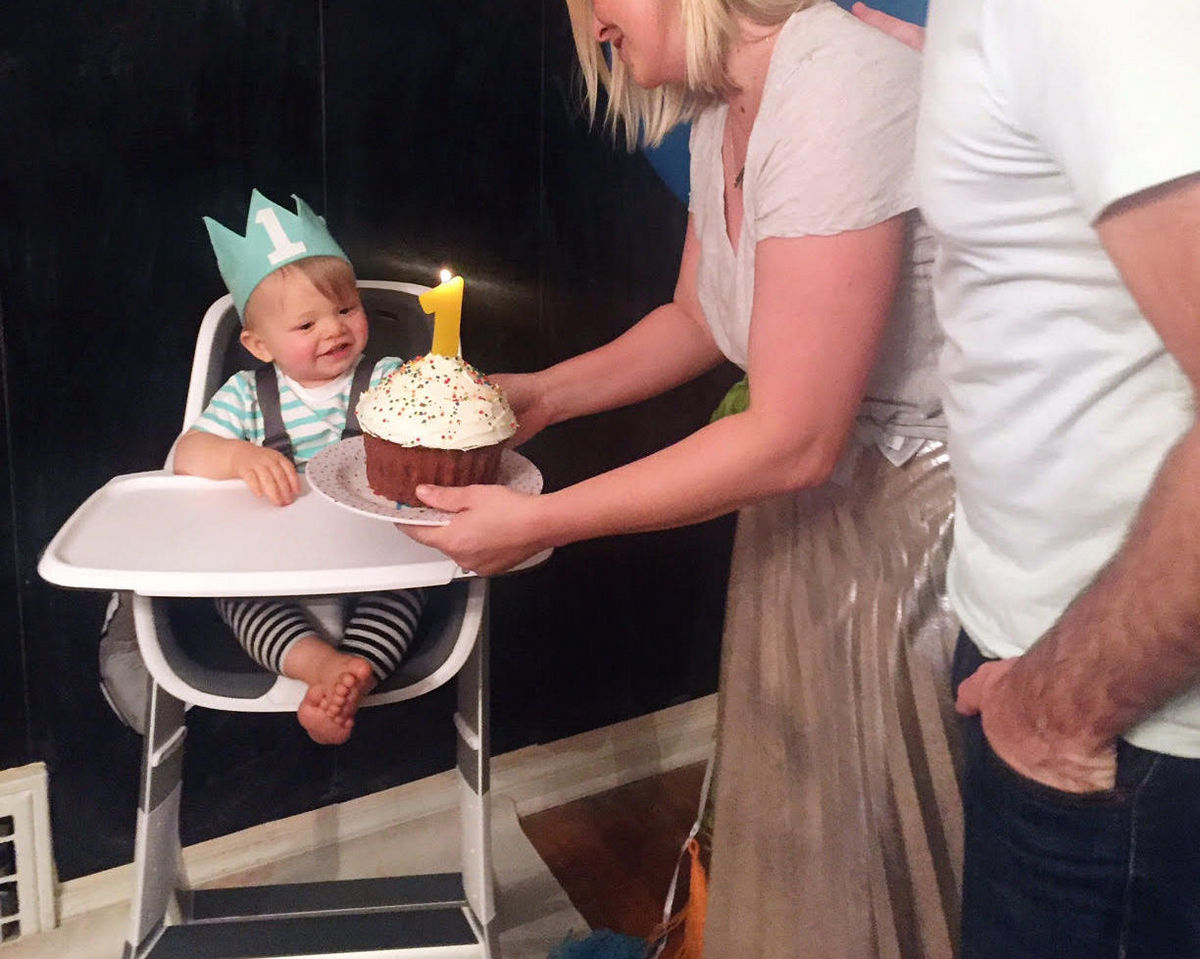 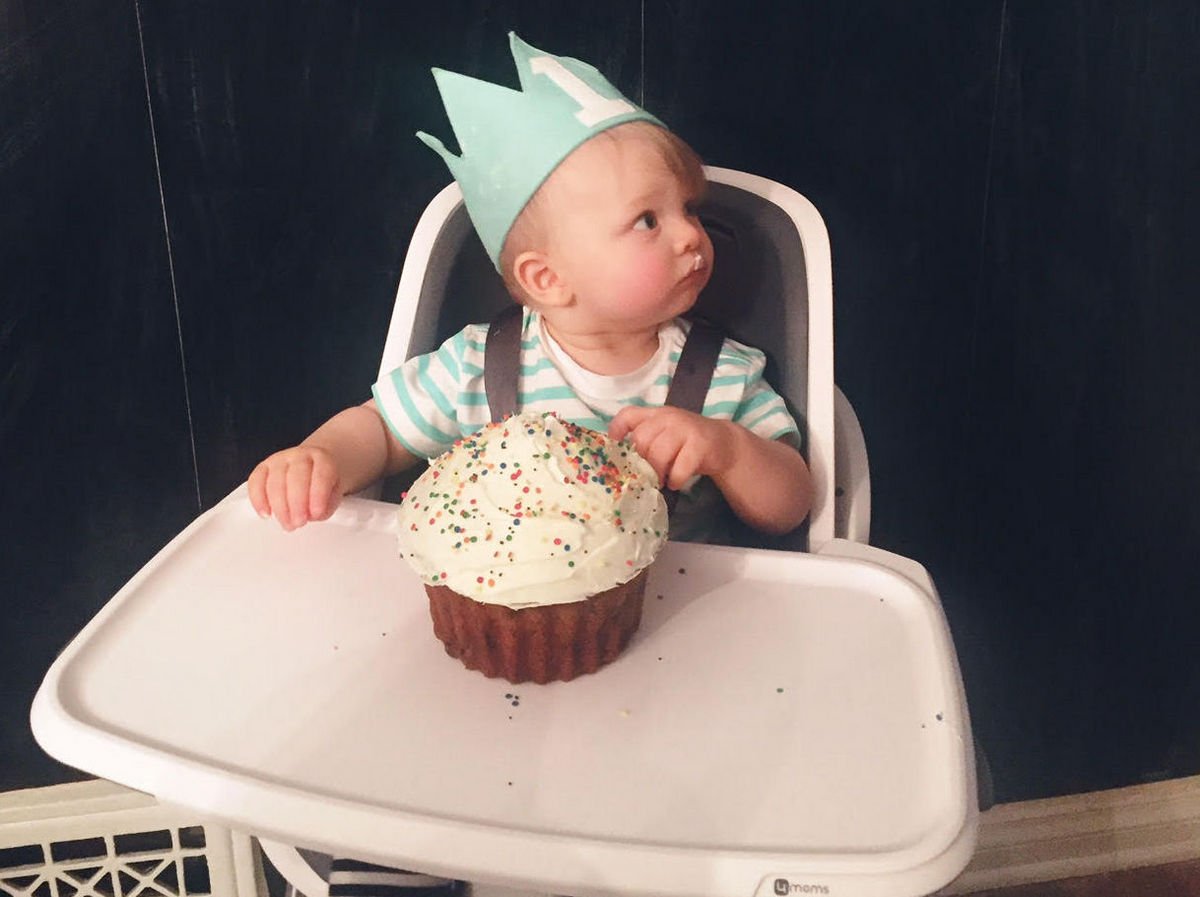 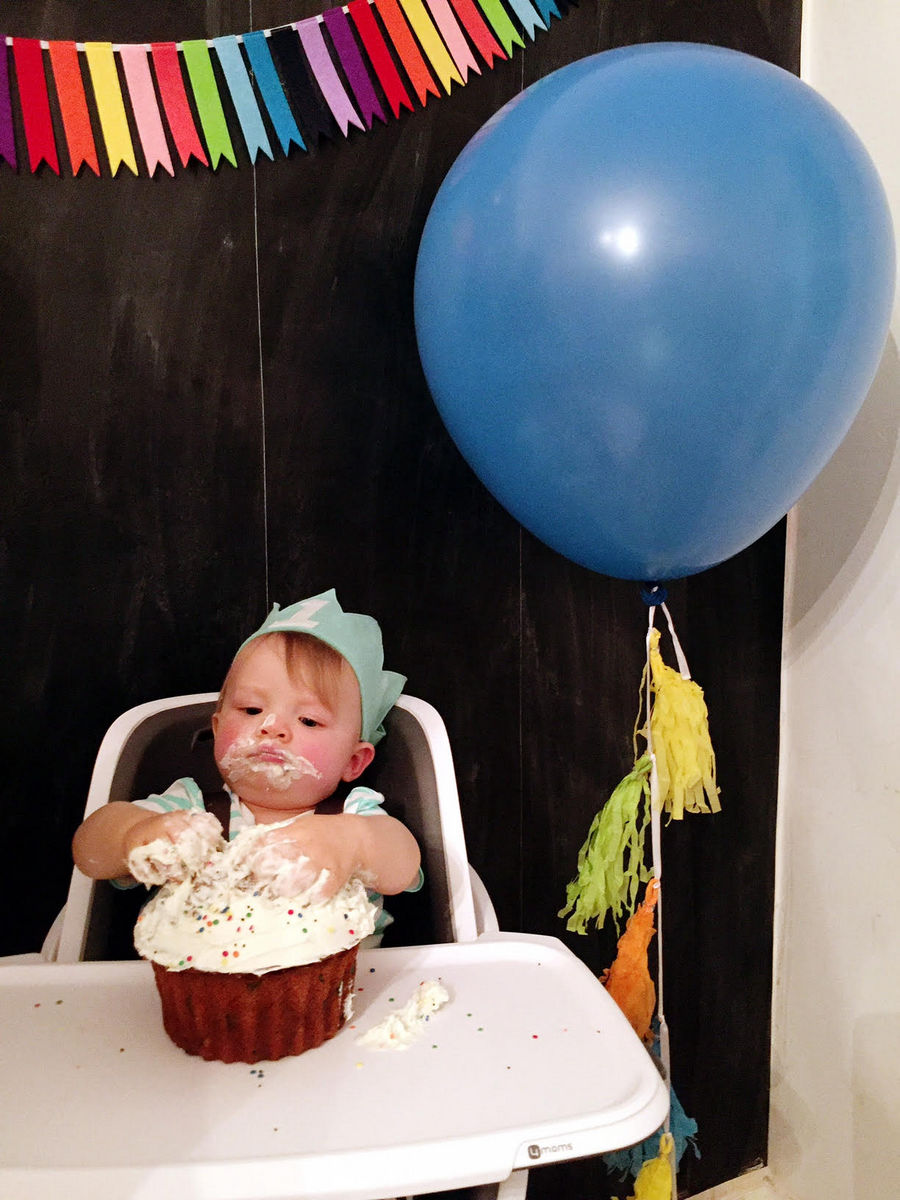 I’ve made a giant cupcake smash cake for all three boys. It’s tradition 🙂 They are super easy to make using this pan. I just baked a regular box cake mix (funfetti for the win) and used apple sauce instead of oil, making it a little healthier and also denser so it bakes and holds up better. 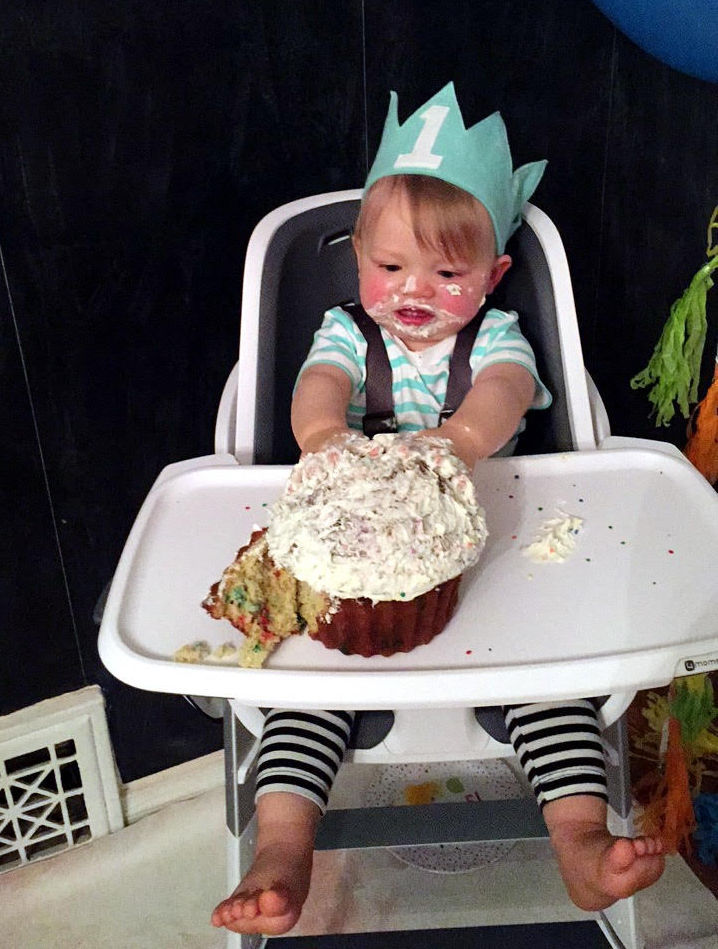 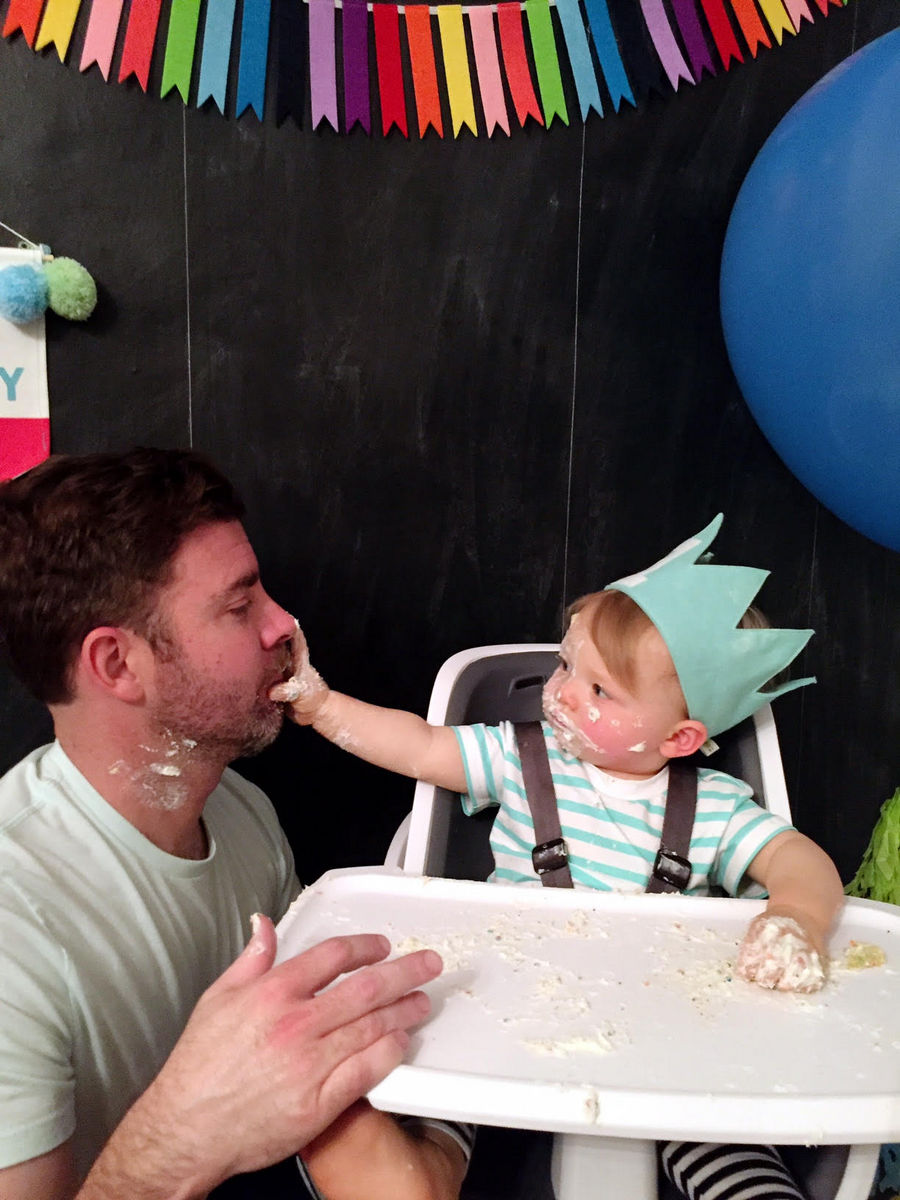 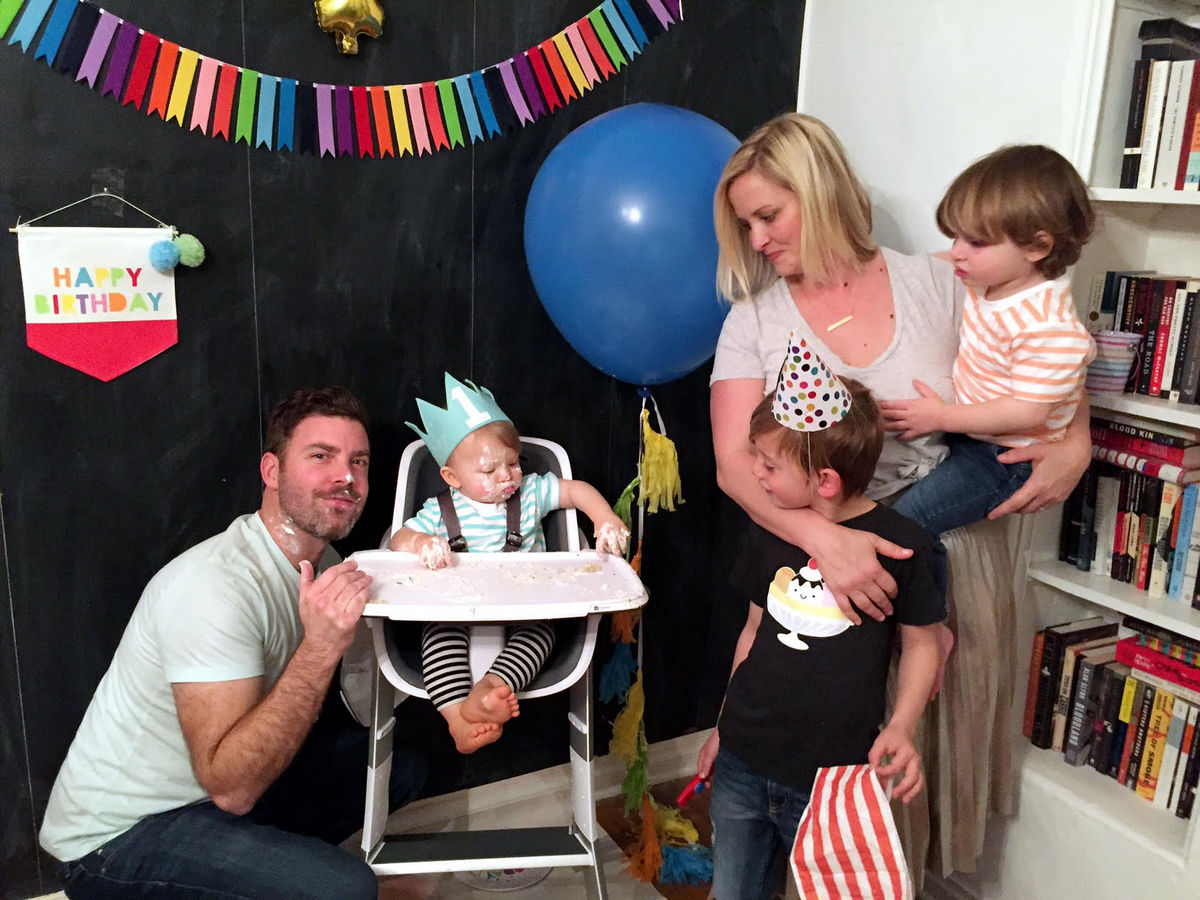 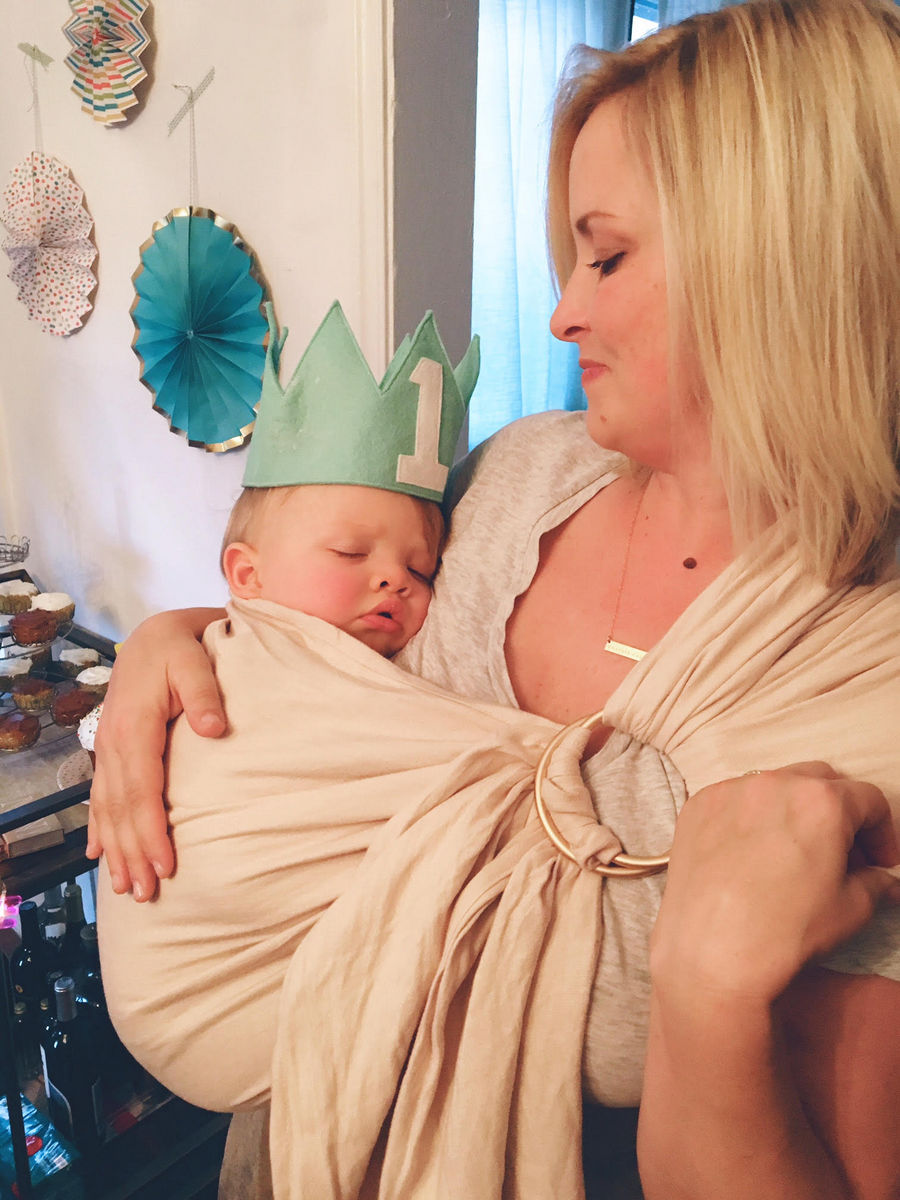 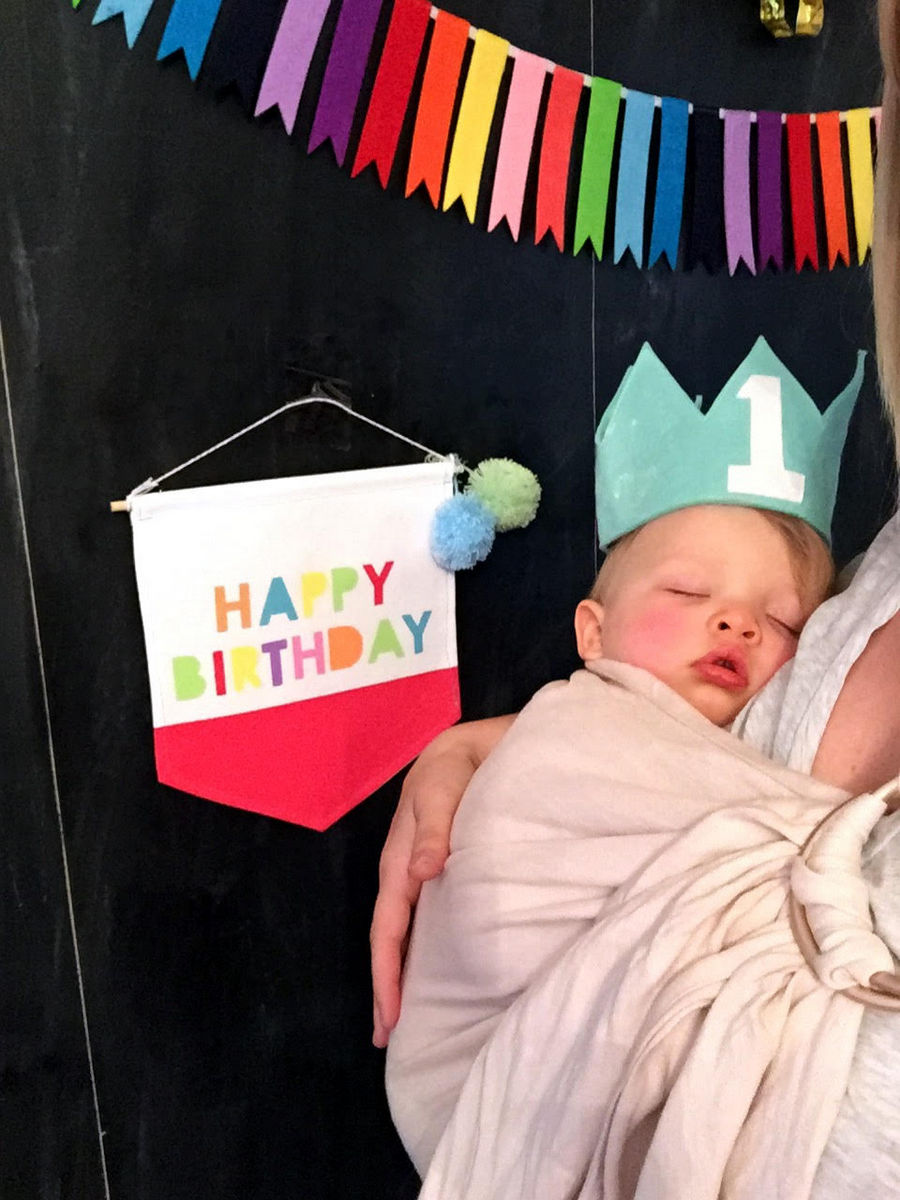 Since momma scheduled his party during his afternoon nap, someone needed a little disco nap to make it through 🙂 But by having the party from 3:00-5:00 pm, I only needed to serve light snacks rather than a meal for a lunch or dinnertime party. I had veggies, fruit, rainbow goldfish, and cheese. I made a cupcake for each guest, but that was the only “dessert” — it was the perfect amount of food. There wasn’t really anything leftover but the only thing I didn’t buy enough of was beer for the adults (luckily we had a giant bottle of champagne available!)

Between the dollar spot decor and the light snacks I probably spent under $70 on this party, and that is including the beer and the $20 helium tank I bought to blow up balloons ourselves. While the beer is a necessity for parties in our house, it isn’t for everyone and the helium totally isn’t necessary. So you could easily host a super cute and fun first birthday party for under $50. Since baby won’t remember it anyways and mom is able to enjoy the party more without so much fuss, I have to say it is the perfect way to do a first birthday.

Sources: All decor (balloons, pennants, banners, etc.) from Target’s Dollar Spot | Giant Cupcake: Funfetti cake with vanilla frosting made with this pan / Ball pit tent and balls, not pictured (we bought a set of 200 but you definitely could include more!) for babies / Quincy’s high chair (love love love this high chair — wish it was around for my first baby because I would have never needed another one) / Quincy’s outfit: striped tee, striped leggings are old from Target also, denim moccs / Quincy’s 1 Crown