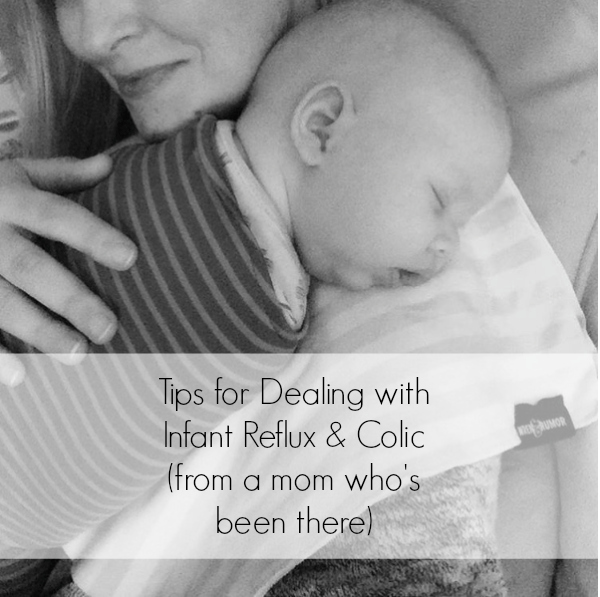 If you read this blog regularly or follow me on Instagram, you are probably well aware of our struggle with infant acid reflux with our third baby. It has been so so hard and I know that when I was in the thick of it I spent so much time online looking for answers. So I thought that if I shared our experience, the signs and symptoms that Quincy showed early on, and what ended up working for us that maybe I’ll help another exhausted momma out there googling for answers on her phone while she’s nursing like I did.

Looking back, Quincy showed some signs of reflux right away, while we were still in the hospital (we had to stay an extra week due to some delivery complications.) I remember the nurse coming in to give Quincy medicine and he would make this sound like he couldn’t breathe — like he was gasping for air. The nurse and I both made mention of it like it didn’t seem normal, but he was fine otherwise. The gasping got worse later on and I realized that basically anytime I gave him medicine or when he would nurse he often made that sound and I think it was because stuff was coming up due to reflux, and it made him feel like he was choking when we were trying to get something else down. 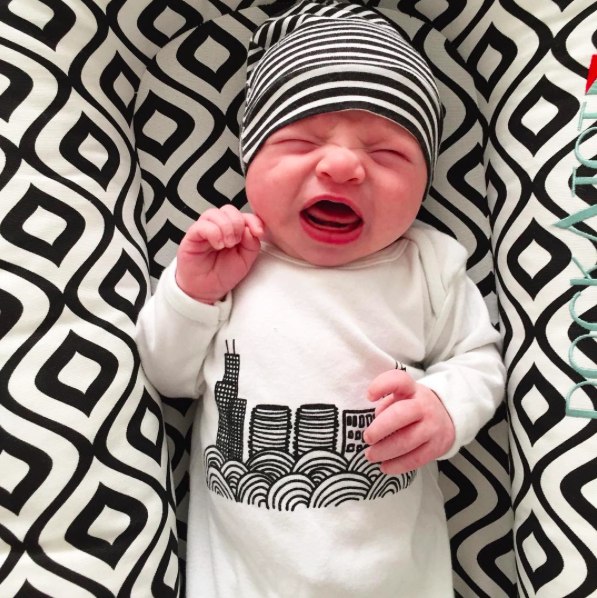 By two weeks old, Quincy had full-on colic. Like screaming for hours, not sleeping, writhing in pain colic. It was horrible. We went to the pediatrician and heard “sounds like colic. He’ll grow out of it eventually.” But since this was my third baby and not my first my gut told me it was more than that. I just knew something was causing the colic — it was a symptom of something bigger, not the main issue. I now strongly believe that colic is usually a symptom of severe gas, reflux, food sensitivities or allergies, or a combination. Seriously, if you think your baby has colic or if he or she is showing colic-like symptoms (prolonged and pained crying for hours, multiple times a week, for at least a week) I would try the tips below and see if there is any improvement. Your baby (and you) do not have to suffer and just “wait for him to grow out of it.”

The first thing I did after doing some research online and talking with some mom friends was cut dairy. I should mention that Quincy was (and still currently is) exclusively breastfed (if you formula feed, there is dairy in regular formula as well, so switching to soy or a more hypoallergenic formula like Nutramigen or Alimentum may help (and I’ve heard buying it on Amazon is way cheaper – ask your pediatrician she thinks it is right for your baby.) I also started trying out some products to help him with his gas pain (you can see a full post on that and other colic helpers here.) 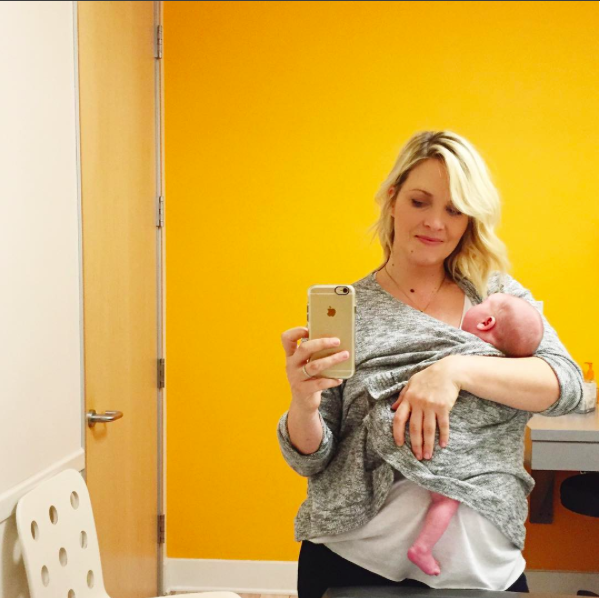 After about a week of cutting dairy, I saw a drastic improvement in Quincy. While he still had colic-like fussy periods (especially in the evening or if we tried to go somewhere and he was in the infant seat) he wasn’t screaming inconsolably for hours on end anymore. He never showed signs of a full dairy allergy (no blood in his diaper, for example) but I do think he had a sensitivity and it was exacerbating the reflux that we didn’t yet know he had.

After cutting dairy and using things like the Windi, Gerber Soothe drops, and an all-natural colic tonic for a couple of weeks, Quincy was good more often than not. But he was spitting up a ton, would still scream if he was laid down within an hour of eating (he really couldn’t be laid flat ever), and absolutely hated being in his infant seat or anything that put him in a curled position. He also would wake himself up with hiccups or spitting up about two hours after feedings. While he spit up breastmilk during and after feedings, he spit up a lot of clear fluid a couple hours after feedings, which is even more indicative of reflux.

He also showed the following signs/symptoms:

Reflux babies are also often underweight, but Quincy was the opposite. He would nurse more frequently because it helped soothe the burning, but then that would also make the reflux worse. Some babies don’t want to nurse because they realize that is causing them pain. But he was gaining weight well. So don’t think yours can’t have reflux just because they aren’t having trouble gaining. 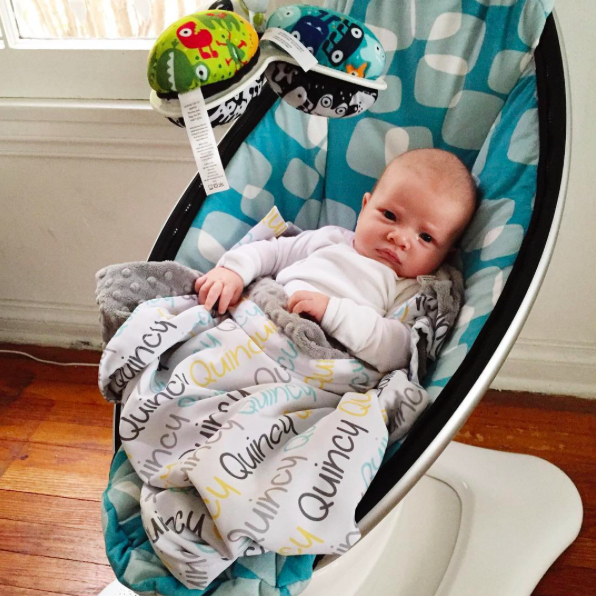 I also realized that the reason Quincy screamed anytime I tried to put him in the stroller or car was because his infant seat curled him into a position that made his reflux even more uncomfortable. I thought it would be ok, because he was in a position that kept his head elevated, but it made him worse. And I tried a couple different infant seats — the brand didn’t make a difference because they are all basically designed to have baby in the same position, which unfortunately puts pressure on their tummies.

So if this sounds like your baby, then here are the things that I did that worked for us. Maybe some of these tips or products will work for you too.

UPDATED TO ADD ADDITIONAL INFORMATION ON MEDICATION AND DOSING: Once Quincy was around 6 months old, his reflux flared up again. Our pediatrician said we were maxed out on the PPI dose. He wasn’t teething or having any other new issues. My gut told me the medication was working when dosed properly but that he wasn’t getting a high enough dose. I started doing my research (and I did A LOT of research) and I discovered a this support group on Facebook. While the admin can be a little intense with some requirements for being part of the group (there is a lot of information to sift through, and while it is all really helpful, most parents of reflux or colic babies are constantly holding and soothing a baby and don’t exactly have a ton of time to do a bunch of reading. However, I found it really supportive and helpful and in the long run I followed some advice I received there on administering a higher PPI dose.

Disclaimer: I am obviously not a doctor and am not giving medical advice. I’m just telling you what worked for us so you can do your own research and talk to your own doctor. With that said, here is what I eventually did that worked for us as far as dosing his reflex medicine:

After 2 weeks on the new dose Quincy was a different baby. He was so happy, could be laid down flat, didn’t scream in the car seat, slept better. After 2 more weeks we had a appointment with our pediatrician and he immediately commented how happy Quincy was and how much better he seemed. When I told him why, he told me to keep it up. We enjoyed a few great months and he seemed symptom free. I was able to reintroduce dairy back into my diet (slowly) and he had no reaction. Eventually I weaned his midday dose of meds and then eliminated it. A few weeks later I weaned his morning dose. After another month or so I slowly tapered down his night time dose, and then stopped giving him any PPI altogether. When a couple of minor symptoms (hiccups, light spitting up) started to come back I gave him a bit of Zantac to help combat the acid battle that sometimes happens when you start, stop, or switch reflux meds. After two weeks of that, he was free of medication and is doing great. Every baby and every case of reflux is different, but just know there is a light at the end of the tunnel.

I know that was a long post, but I wanted to try to include any information I thought might be helpful. If you have a specific question, feel free to comment below or email me and I’ll do my best to respond! Good luck and just know that it is temporary and things will get better 🙂

This post includes some affiliate links. If you click on one of these links and purchase the item, I may receive a small commission. You can also bypass that link if you would like.