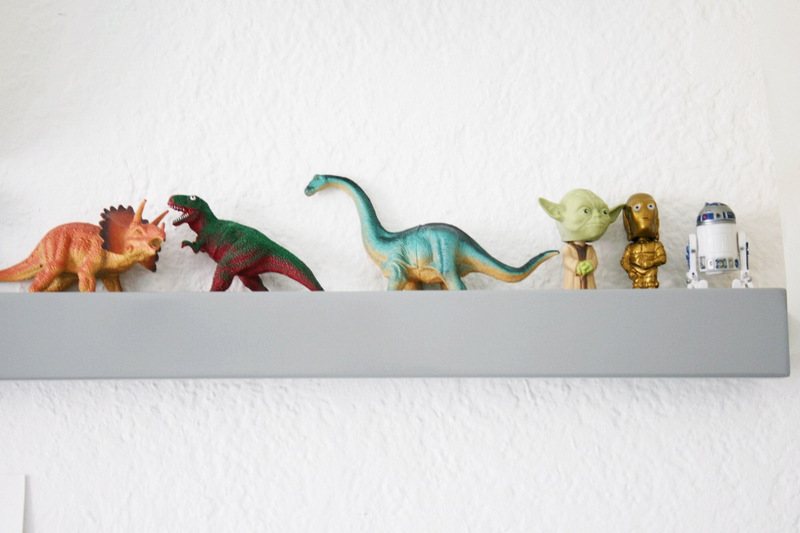 The time has come to evict Quincy from our bedroom and put him in the nursery (because I really need more sleep!) Which means the time has come to evict Calvin from the nursery and move him in with Charlie. I’ve always planned to have the boys share a bedroom, but Quincy’s arrival made that happen a little earlier than I originally planned since we ran out of bedrooms sooner than expected.

Combining an almost 6 year old and a two year old in one room that needs to function as both a bedroom and playroom for both is a bit of a challenge. Especially when you are as sleep deprived as I am. So I enlisted the help of the Design Services team from The Land of Nod. We started with a Pinterest board of my design ideas and I provided a detailed layout description with wall and window measurements. Within a few days my designer Stephanie emailed me back an inspiration/design mood board that reflected my ideas with a few design elements thrown in that I hadn’t thought of. She also created a 3D layout of the room with furniture and items we wanted to include and an overall floor plan. I can’t tell you how much I love this and how helpful it has been for me in planning the space!

I am not a theme-y type of person. I was inspired more by color, things the boys love, and making a space that is functional as well as beautiful. I don’t function well in chaos and neither does Charlie (it’s hard to tell with Calvin but I think he functions well in any and all spaces) so I wanted to move much of the toy storage into their walk-in, under stairs style closet so that the room itself wasn’t cluttered and chaotic. 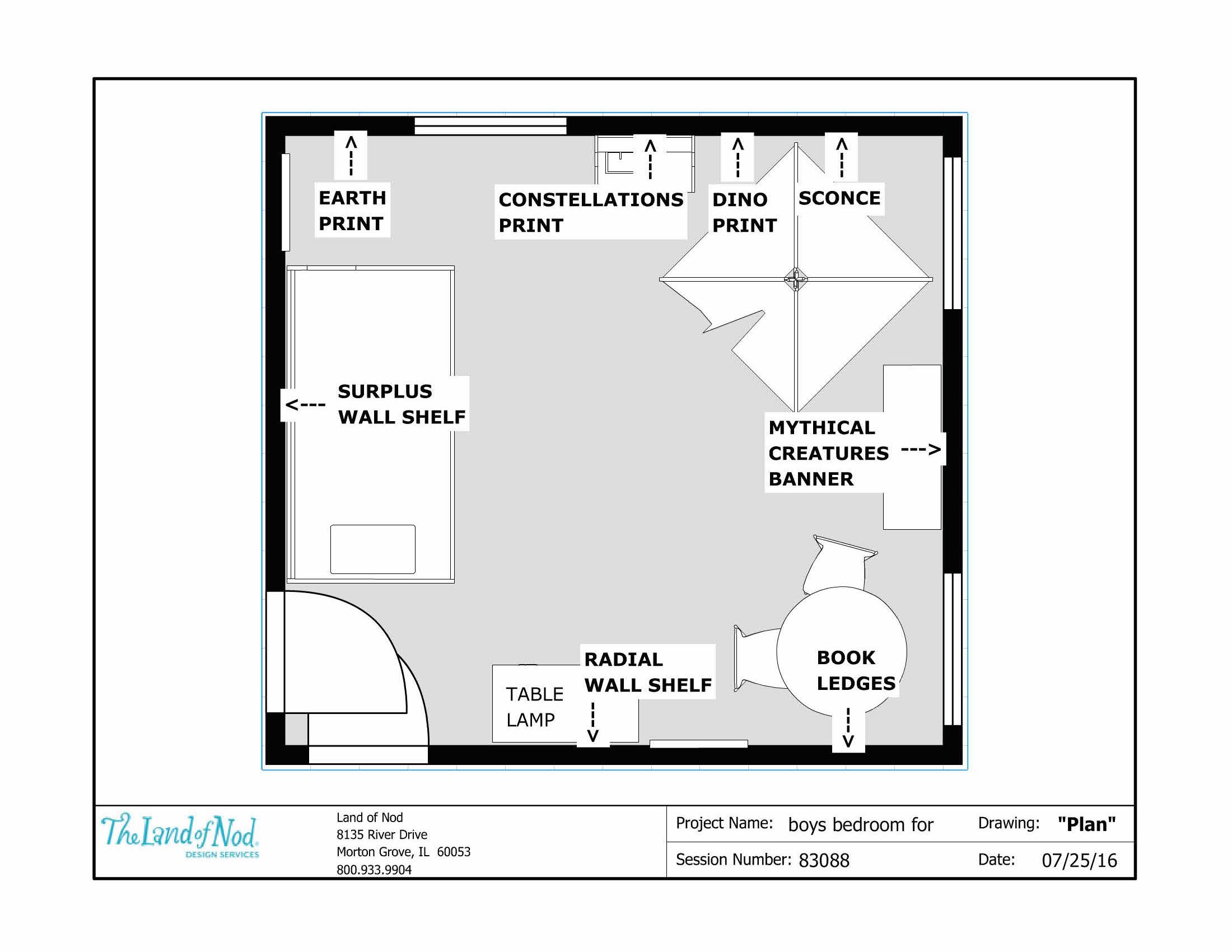 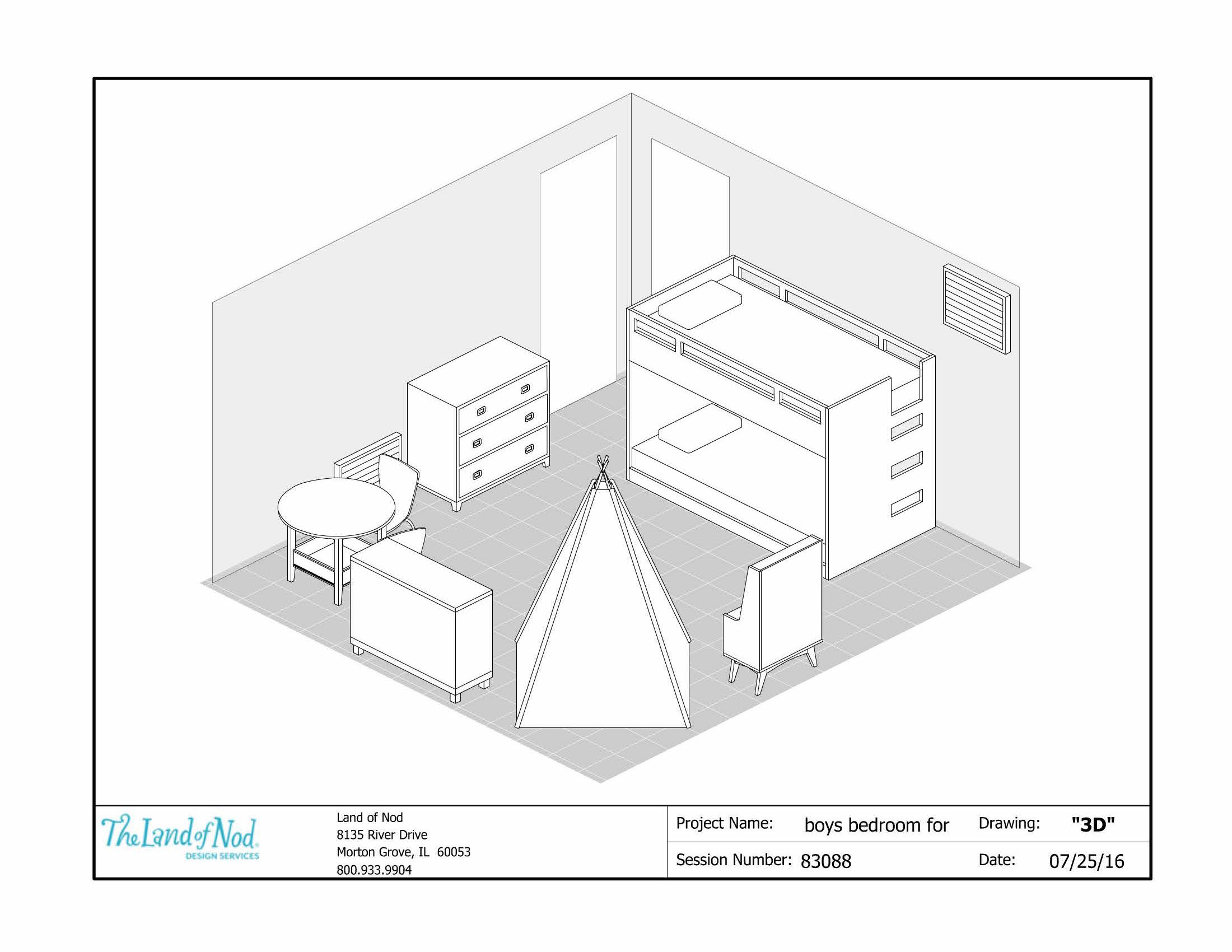 We already have a campaign dresser and that teepee, which I’ll be including in the room. I also have a play kitchen that we want to keep, book shelves already installed on one wall, and some windows, doors, and a space heater to design around. But I think the end result will work great for them.

We’ll be getting the Abridged Bunk Beds from The Land of Nod — I love that they aren’t as high as traditional bunk beds, which works perfectly in our space and for our boys. I also like the placement of the ladder – it doesn’t jut out into the space.

I’m also including this Bin Play Table and two of these Little Felix Chairs. I love that the table has a bin below for storing legos or other small toys and that it looks WAY nicer than the ugly plastic lego table we currently have. And it will grow with the boys and can be moved to other spaces and still look really nice.

Other than that I’m including some bedding designed by Ampersand Studio and a few key decor pieces, like this Cryptids banner, a volcano pillow (Charlie LOVES volcanos!), these prints from Brainstorm, and a couple of details from some of my favorite makers.

Stay tuned for the finished room tour, hopefully coming by late September! Any tips for transitioning a toddler into a bed from a crib (Charlie was in a crib till 3 so it was easier, and he’s a rule follower) or moving two littles in together?

This room is being done in collaboration with The Land of Nod.