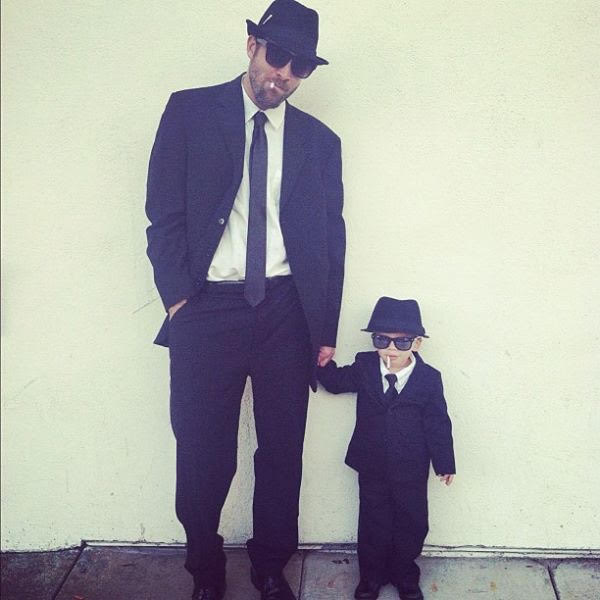 Halloween is my favorite and has been since I was a kid. I love getting creative with costumes and trying to make rather than buy (it’s just more fun, don’t you think?) Since Charlie was born we’ve had fun thinking of costumes each year, and every year I think it is probably the last time that he wants to be something cool and fun and not just a Ninja Turtle or Superhero. But so far each year he has just as much fun coming up with unique ideas or dressing up in whatever I make as I do creating it. I’m super excited about what he and Calvin are going to be this year, and it would definitely be on this list if I had photos of them already. But I want to wait for the big Halloween reveal, so I’ll have to come back and update this post to add this year’s coordinating costume later.

If you’re looking for fun costume ideas for pairs, I thought I’d share some of my favorite ideas. Whether the pair is a couple, siblings, buddies, or a parent and child — all of these would work for whatever pair you may be dressing this year. 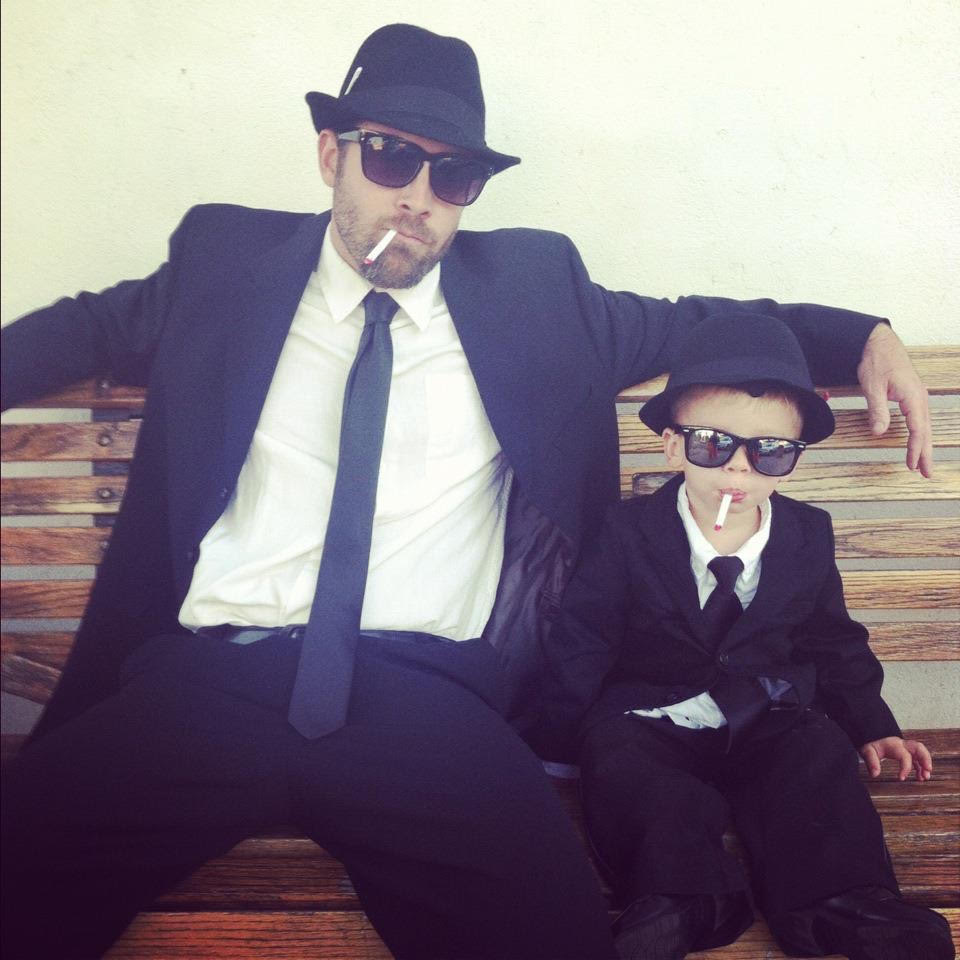 I may be biased (since this is my husband and son Charlie) but I think this is the cutest costume for a pair of boys or a father-son pair ever. And it is so beyond easy. We already had most of this stuff in our wardrobe, and the “cigarettes” were just rolled up paper and I colored the end. A lollipop would also work well. And before you say anything, I don’t condone children smoking, adults smoking around children, or social Halloween smoking, but it really was a key element of the costume. No kids were harmed, I swear.

Willy Wonka and an Oompa Loompa 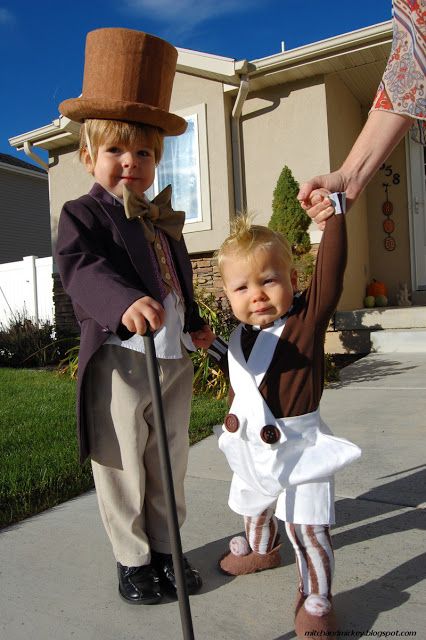 One of my favorites from childhood, Willy Wonka and an Oompa Loompa are a great costume pair idea for a night all about candy. This momma made these costumes for her adorable boys and shared the full DIY on her blog, More Than Words Can Describe. SUPER impressive work.

Max and Moishe from Where the Wild Things Are 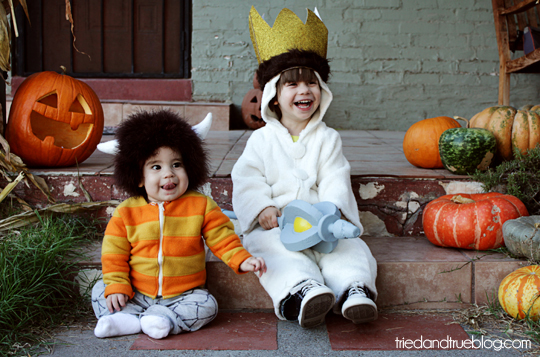 I love choosing beloved costumes from childhood, whether you are dressing kids or adults. So I think Max and Moishe from Where The Wild Things Are is such a darling idea. And how adorable are these two brothers in their awesome homemade costumes!? From Tried And True. 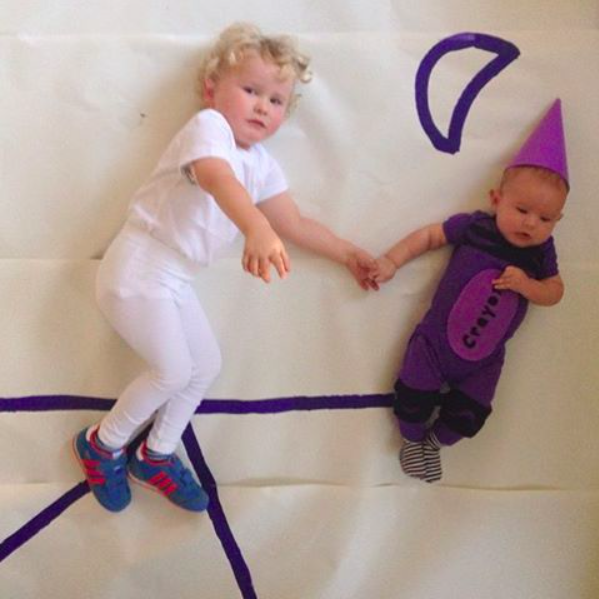 Talk about creative! The momma behind these two cutie pies (and these fabulous tees) made these costumes for her boys last year. I love the idea of choosing a pair of your favorite storybook characters to recreate for a pair of Halloween costumes, especially when it is outside the box like this one. So good. Follow mamacase on IG to see what she dresses her boys as this year. 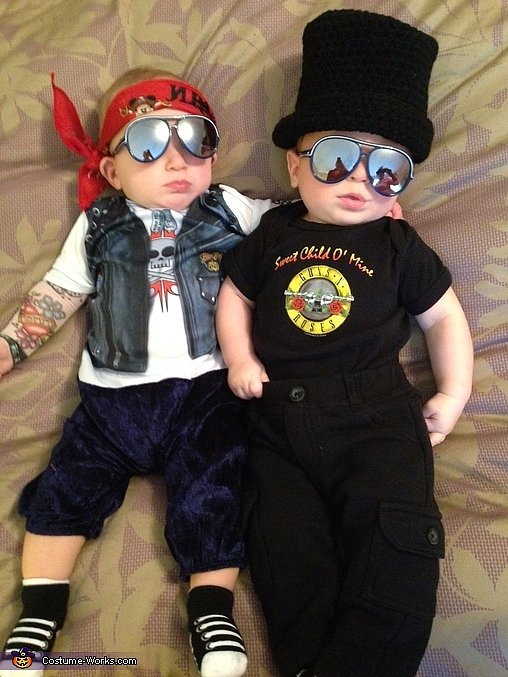 Another fun idea where you can put some of your own wardrobe to use is an Axl and Slash costume. And it is especially adorable on two little ones, don’t you think? From Costume Works. Any famous band pair would also work well and be super fun.

The Little Boy and Old Man from Up 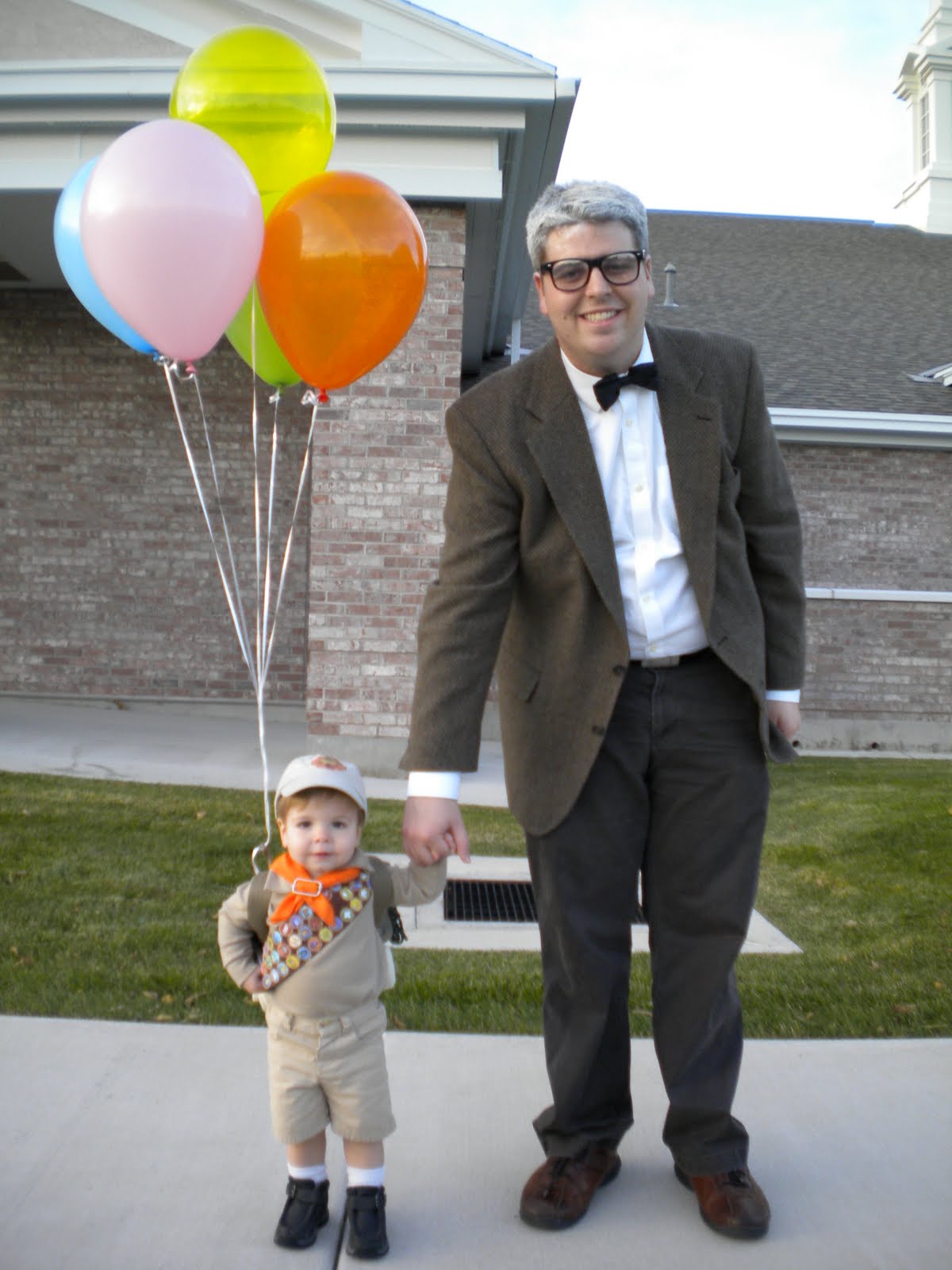 Another super cute idea for a father-son costume is the little boy and old man from Up. This also comes from More Than Words Can Describe (she’s quite talented at creating costumes!)

Any Pairing from Star Wars 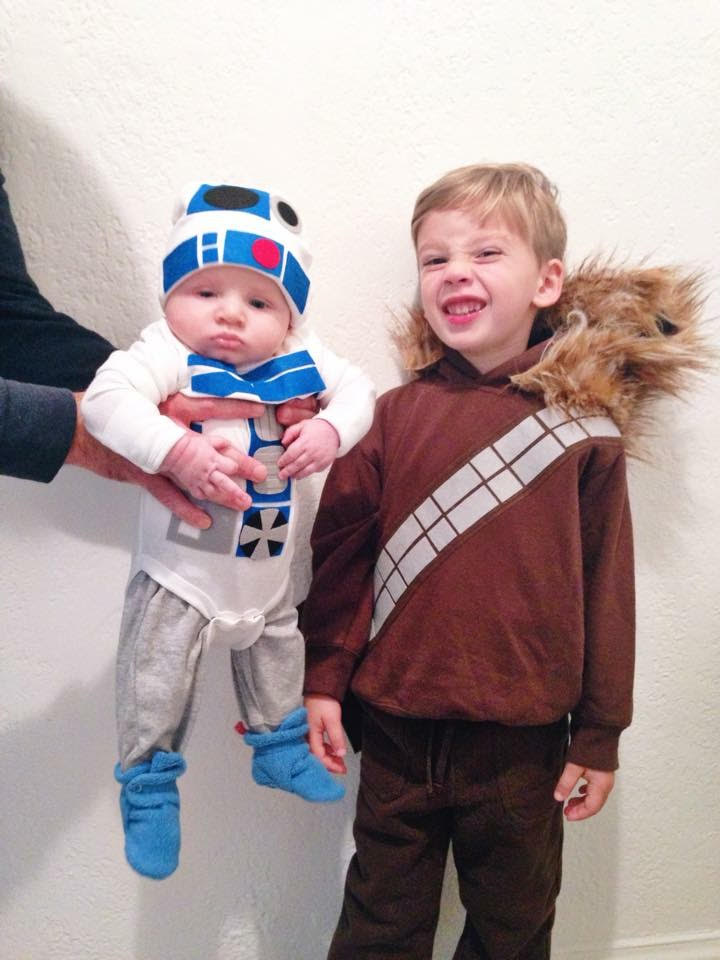 Think about it: you can pick a pair of Star Wars characters to fit any pair or couple you can think of. R2D2 and C-3PO, Han and Chewbacca, Luke and Leia, Vader and the Emperor, Jabba and bikini-clad Leia… the possibilities are endless. My two boys were R2D2 and Chewy last year — not really a pair but both were adorable and made by The Wishing Elephant (I didn’t have the energy to do costumes all by myself last year and she makes amazing ones that are so much better than Target-bought!). And with a new Star Wars movie coming out this year, it should be easy to find inspiration. May the force be with you.

Blues Brothers and Star Wars photos property of Oh Lovely Day. You may repost, but please give both proper credit to Oh Lovely Day and link back to this post if you do so.