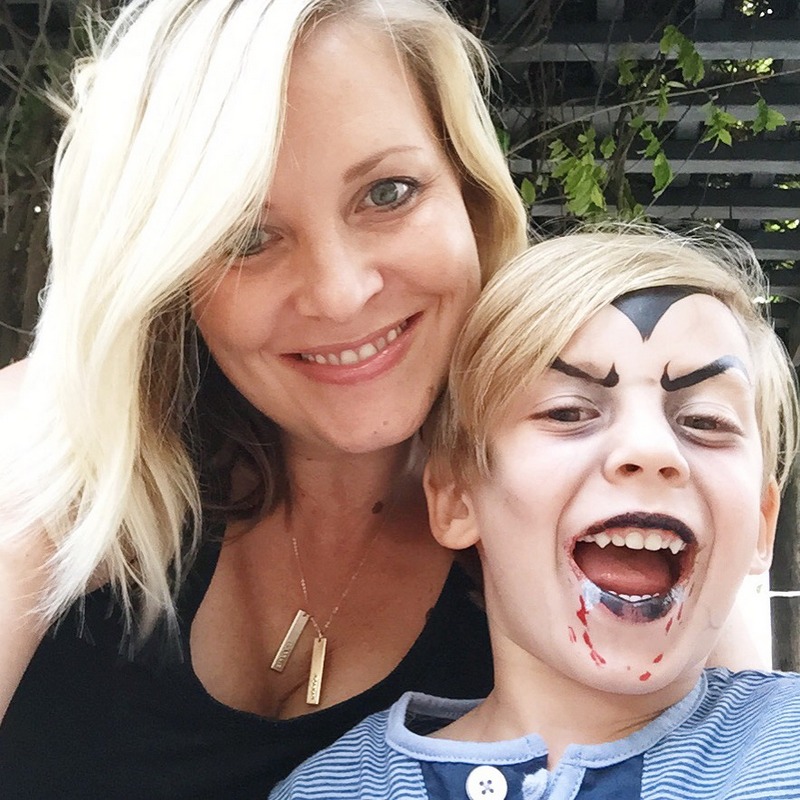 Our family survives and thrives on a schedule and routine. It works for us, and it works for our kids. But sometimes parents can get so caught up in the routine and the schedule that we forget to stop and enjoy our kids, and let our kids enjoy being kids. So when I had the opportunity to take my oldest son Charlie to a screening of Hotel Transylvania 2, even though the movie wouldn’t start until close to his usual bedtime, I jumped at the chance. It helped that he didn’t have school the next day, but I still would have taken him regardless. And I’m so glad I did!

Since I had a Calvin (and now have a third on the way) I don’t get as much one on one time with Charlie as I would like. So I try to get a date day with him whenever I can. Getting to pick him up alone after school in itself was a treat. We talked about his day without Calvin distracting us in the car. We got drive thru hamburgers for dinner and ate them in the car after we parked at the screening. It was a no rules evening! 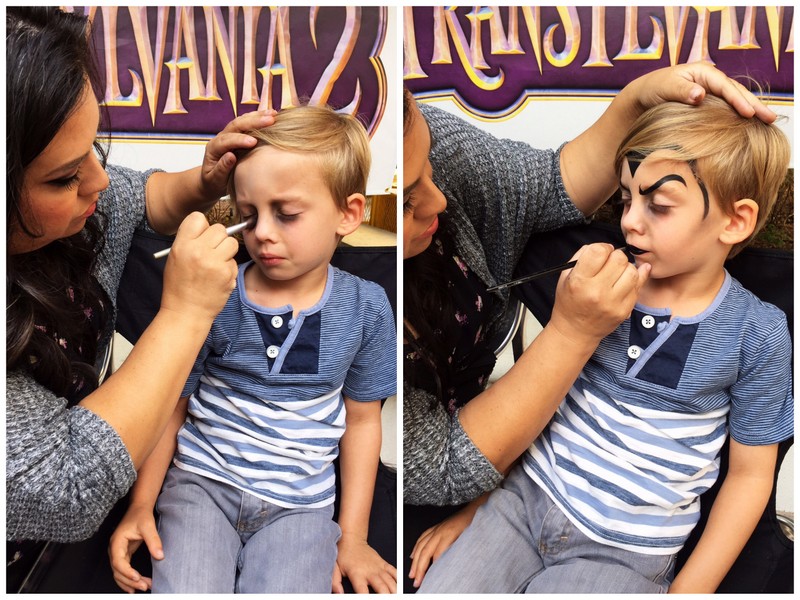 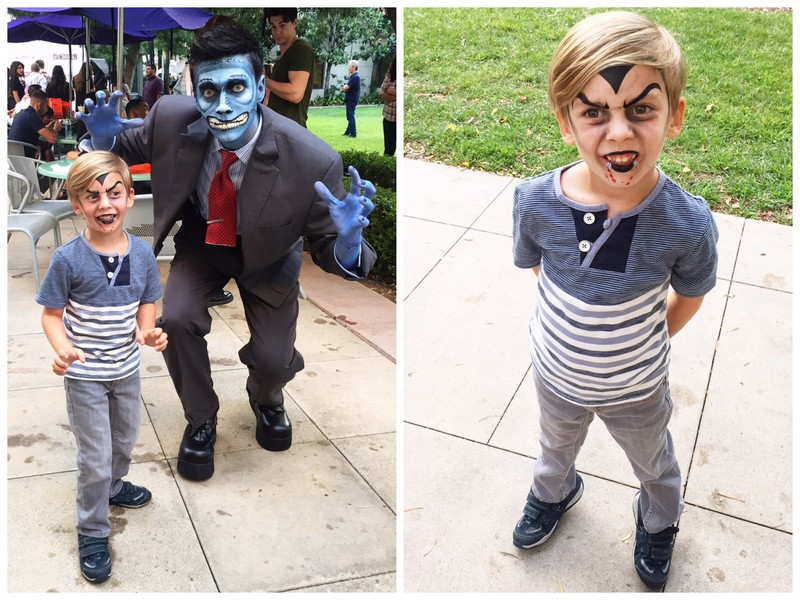 There was a little party before the screening with face painting and yummy treats. Charlie had a total blast and it was so fun for me to watch him run around to each thing. I basically said yes to everything: “Can I have a treat? Can I get my face painted? Can you take my picture with every single cardboard cutout character? Can we stay for the movie?” (even though the screening was running an hour late) Yes yes YES to all! 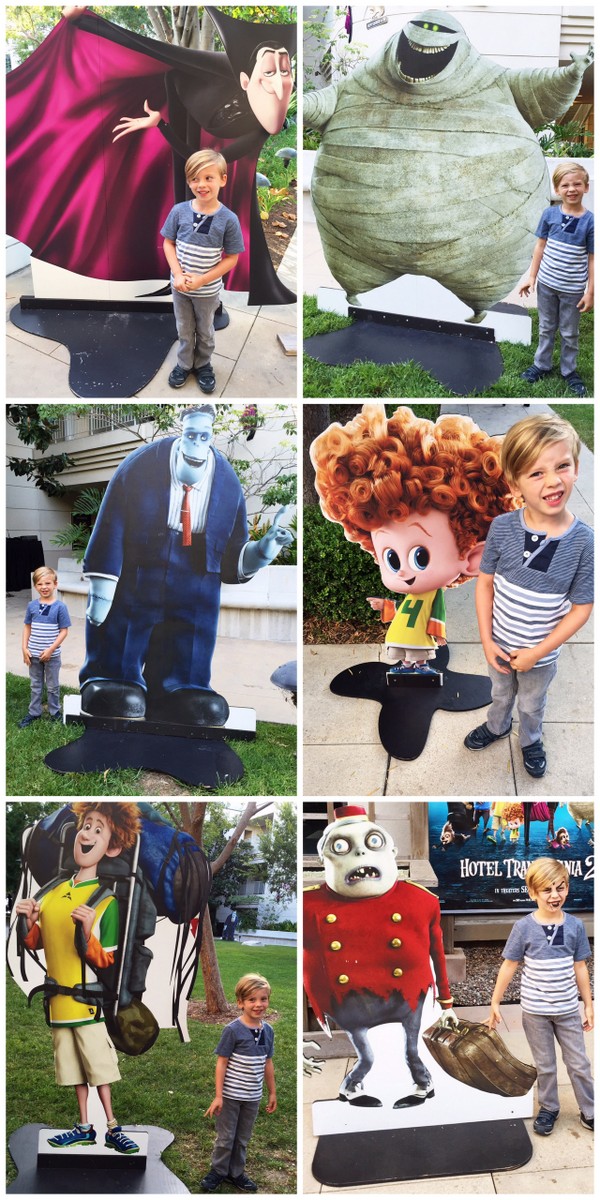 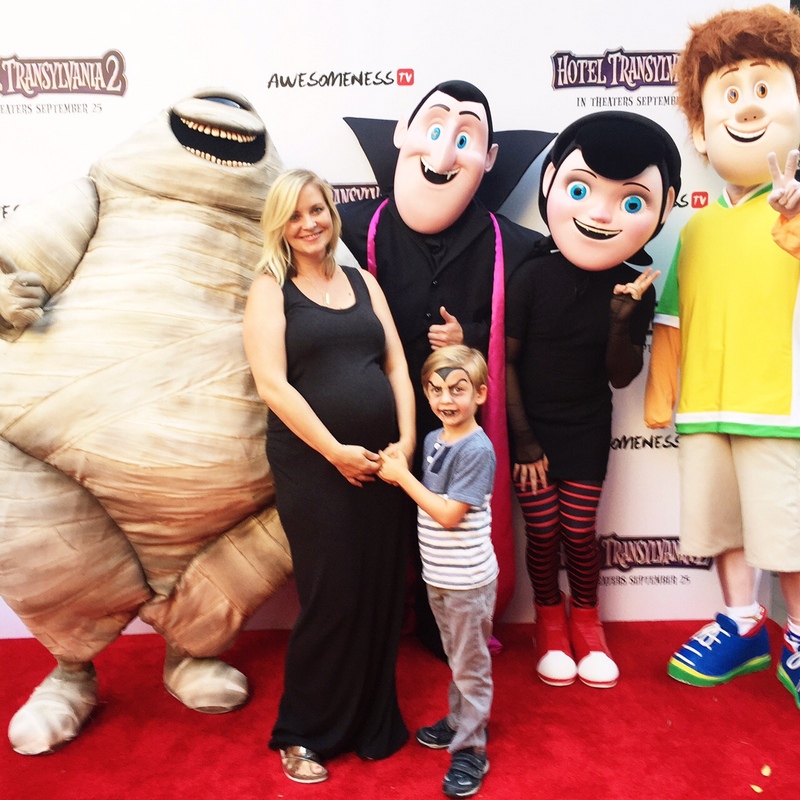 We made memories and had so much fun together. I think I enjoyed it even more than he did, which was a lot. And we also got to see Hotel Transylvania 2 together, which we both loved. Charlie is often a little timid of movies he thinks look “scary” and since this one has monsters he was a little unsure at first. But he laughed out loud during the entire thing and at the end said “that wasn’t scary it was just super silly!” I totally agree and think it made for a great family friendly fun evening.

Was he a little tired the next day? Sure. But I anticipated that and just patiently reminded him that he promised to try not to be crabby and to take a nap since he got to stay up late the night before. No permanent routine changes were made, nothing bad happened for letting him have some sugar and stay up past his bedtime, and we had such a great time. Sometimes, it’s OK to ditch the schedule to make memories.

You can read more about this over on Momtastic as well.