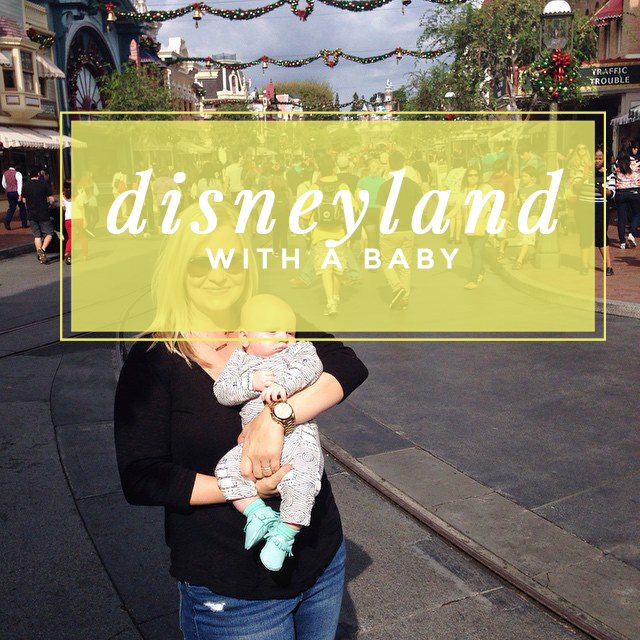 First, let me start by saying that if I only had one child and that child was a baby, I would NOT take that baby to Disneyland until he or she were two or older. Disneyland with a baby isn’t all that fun, honestly. But since we have an older child who loves Disneyland like Pooh loves honey, we decided to brave the happiest place on Earth with a 3 month old in tow for his 4th birthday. I expected to miss out on a lot of the riding, but I thought at least the baby would sleep a lot in the stroller and we would enjoy the day. I was wrong. Some babies probably would do that, but my kids just aren’t great nappers unless they are in their own beds. I know this about my kids, and you’ll know what your baby can handle. If you decide to do it, here are some tips for surviving the day with a baby in tow.

1. Bring LOTS of diapers, a full pack of wipes, and outfit changes.

Babies always blow out when you most need them not too. For Calvin, this always happened when he was in his car seat for a while, and our Disneyland trip was no exception. Plus, as soon as your baby senses you’re away from home for the day they’re gonna start the poop extravaganza. We used seven diapers and two outfits while we were there. FYI—the children’s care center does have this stuff for sale in a pinch.

You can ride most of the rides while baby wearing as long as there isn’t a height restriction. Plus, wearing baby gives him a stroller break and lets him look around when awake, and may help him sleep as well. I loved having our Ergobaby 360 on hand and Calvin really did love the stroller break. 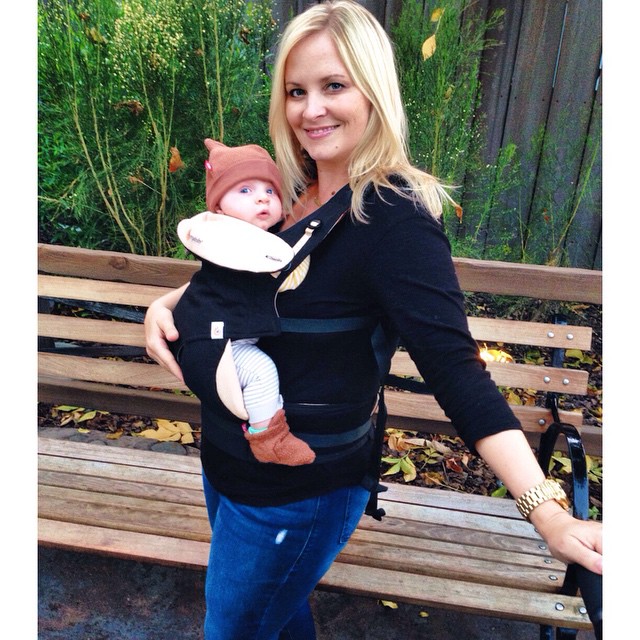 There are a couple of nursing centers in the family center in both Disneyland and California Adventure. But you can’t take your stroller in, even if you are alone with a baby and need stuff with you. I split up from my husband and needed stuff to both nurse and for diaper changes, so it was a little frustrating for me to have to carry all of that plus the baby by myself. This is a policy I think Disneyland should rethink, although I understand their reasoning behind it (in reality there was only one other mother in there and would not have been a traffic jam of strollers they were looking to avoid). I nursed Calvin there once, but mostly just found a spot wherever we were. It was easier for me to have the stroller close by. Also, the children’s centers close at 8:00 p.m. My favorite quiet nursing spot was under the Hungry Bear Restaurant by the water in Critter Country in the Disneyland Park. It was quiet and mostly empty with a nice view of a duck pond.

4. Park in the main Disneyland structure

…and take the tram to the park since you can ride in the last two cars without folding up your strollers. We’ve always parked in the Toy Story lot and bused over, and it didn’t occur to us until it was too late that we’d have to schlep two kids, two folded strollers, an infant seat, and all of our stuff onto the shuttle. It was a huge pain in the ass. So if you park in the Toy Story lot, try to bring as little gear as possible (yeah, right), or park in the main Disneyland structure and take the tram.

5. If you are taking two kids (or a baby and another child), and your partner/spouse is also going, try to take two strollers.

My husband and I found it really helpful to take two separate strollers so we could split up when we needed to (which happened quite a bit). So Calvin rode in our UPPAbaby Vista with his Mesa infant seat attached, and Charlie rode in our UPPAbaby G-Luxe umbrella stroller. While we have the piggyback board for the Vista, a full day was too long for Charlie not to have a seat in the stroller, and because Calvin was a bit high maintenance the ability to divide and conquer was definitely a lifesaver. If you have two kids and only want to deal with one stroller, I highly recommend the UPPAbaby G-Link, which we use now that we have a third baby. 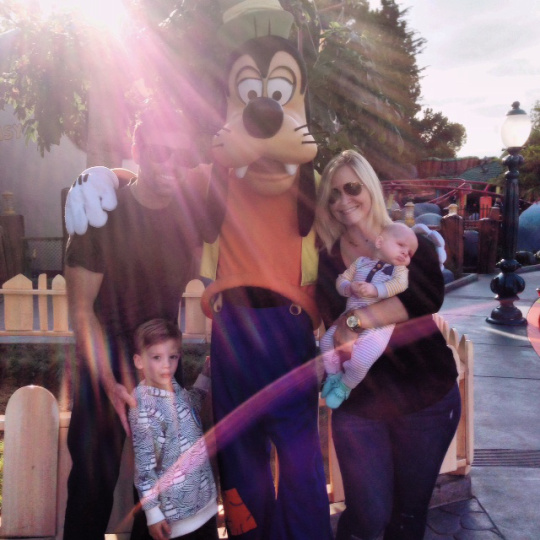 Now that summer is over and Calvin is older, we’re ready to try Disneyland as a family of 4 again. If you have any tips for taking a one year old to D’land, I’m all mouse ears! 🙂

1 comment on “Tips for Taking a Baby to Disneyland”