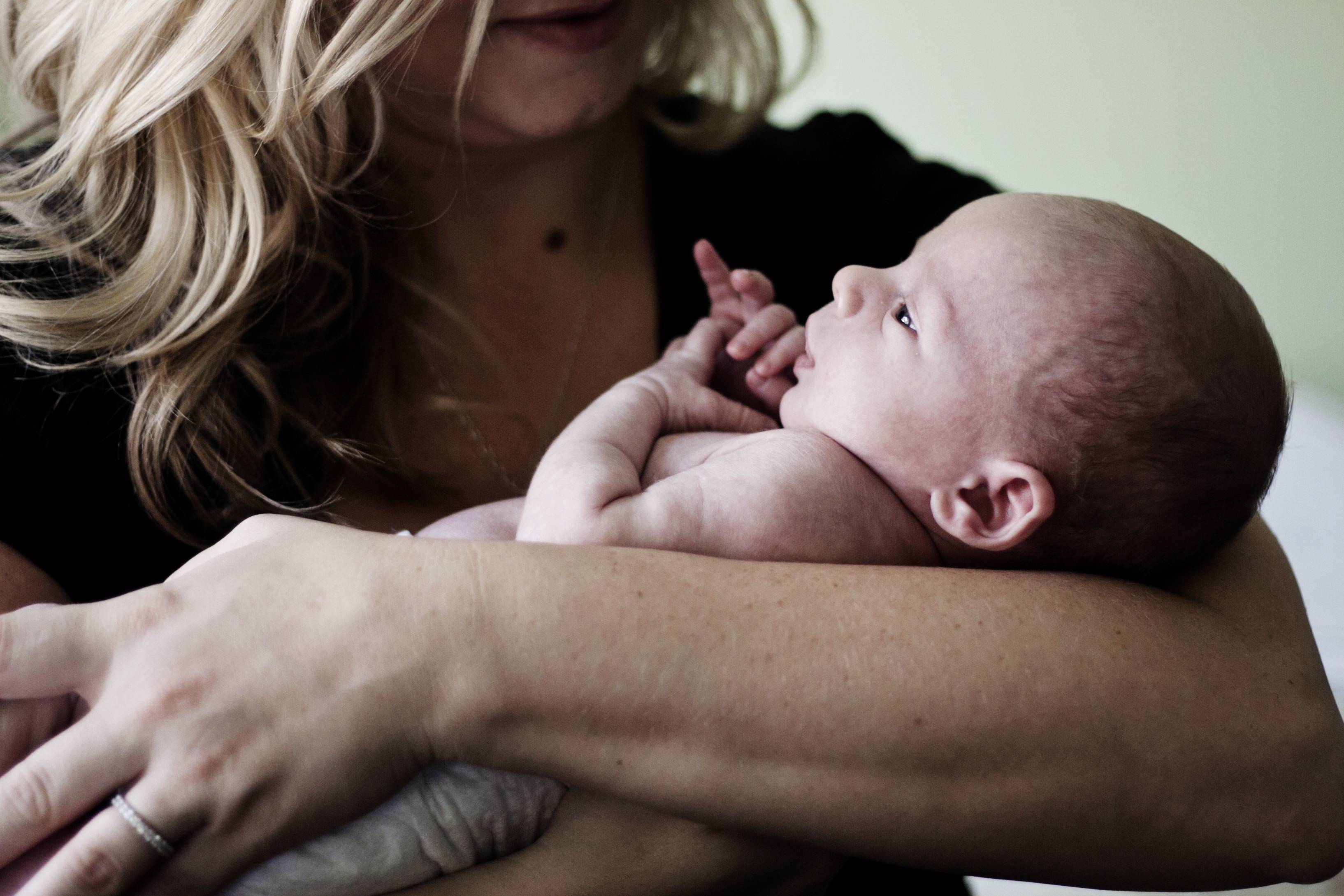 I don’t want this post to sound “complainy” because I truly love being a mom more than anything else on earth. And I know so many women who struggle with infertility, have lost a child, etc. so I don’t want to sound unappreciative of the gift I’ve been given. But I wish someone had told me this when I was struggling, so I’m putting it out there in case it helps someone else. Being a mom isn’t always lovely.  It’s almost always pretty freaking hard.  It’s often ugly (and smelly, and exhausting).  But it’s always worth it. 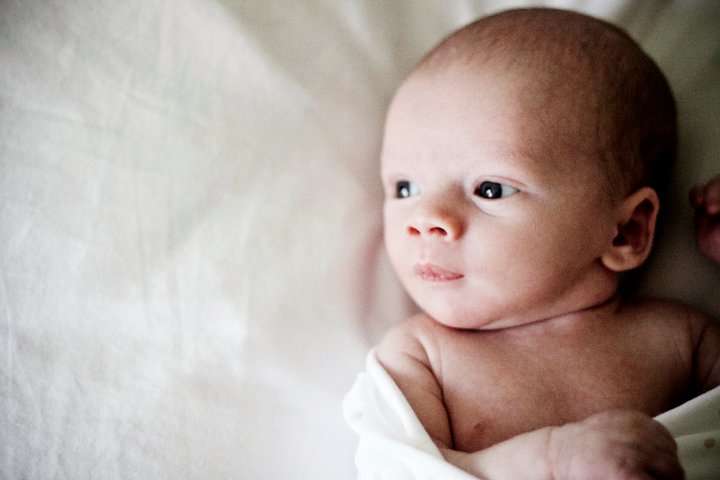 Being a mom is hard.  No one understands just how hard until they go through it, and anyone that isn’t still knee deep in poopy diapers and sleep deprivation is probably experiencing at least partial amnesia and can’t remember how hard it was not that long ago.  Because if they did remember everyone would be an only child.  But some people have a harder time than others.  I firmly believe that every woman goes through something tough when it comes to having a baby. You might be horribly sick for months while you’re pregnant, or you might have a really tough labor and delivery.  Or you might have a shitty postpartum phase.  I had an amazing pregnancy. I LOVED being pregnant. But I had a pretty difficult 26 hour labor, and a very challenging postpartum period.  It took me at least 5 months to realize what I was experiencing wasn’t “normal.”  It took me two more months to see a professional about what I was going through. Charlie was 18 months old before I felt like my old self and started to forgive myself (and everyone around me) for what I had been through.  So I thought if just one new mom read my story and felt less bad about what they were going through, it was worth telling.

Theoretically, your six-week OBGYN follow-up visit is supposed to detect if you’re suffering from postpartum depression, as well as other health issues. For me, it was basically a vagina check-up and an all-clear for sex (as IF!)  No one asked me how I was feeling, and frankly I don’t even know if I was feeling bad yet. So my first lesson learned from this experience: women should have a 3 or 4 month postpartum OBGYN follow-up visit. Seriously. It should be routine. I can’t remember when it all started for me, but I do remember that my husband was supposed to go to a Golden Globes party with some friends and I was unreasonably anxious and overwhelmed at the prospect of being left home by myself with Charlie for several hours. Charlie was born in mid-November, so he had to have been about 2 months old. It started like that: a building anxiety at little things. The thought of Charlie pooping while we weren’t at home made me a nervous wreck. I hated going anywhere because I was nervous about someone waking him up while we were out on a walk or coughing on him or touching him. And we had stressful breastfeeding issues, so forget about a major outing where he would have to nurse while we were out. That was a nightmare for me. Packing the diaper bag to leave the house was overwhelming, so packing for our first trip on an airplane was almost debilitating. My anxiety and feelings of being overwhelmed were normal and understandable to me, but no one around me understood. People took my feelings personally. I felt judged and alone. I didn’t have any mom friends in LA, and my new mom friends in other parts of the country that I would talk to seemed like they were doing so much better than me (one had a baby Charlie’s age, a toddler, and a husband in the Army in Iraq – so I really felt like a slacker that I couldn’t get my own shit together.) I also had been unable to lose any of my baby weight. In fact, after losing a little bit in the very beginning, I was actually gaining weight. And I was eating relatively healthy foods (though often because breastfeeding makes you SO hungry) and I was walking a lot with Charlie. Who gains weight after they have a baby? Can you see the perfect storm of postpartum depression building here?  (Oh, and I also lost my day job about 6 weeks after returning from maternity leave.  Yeah.  Although now I’m SO happy that happened and life led me to being a work-from-home full-time blogger.  But back then…a different story entirely.)

When Charlie was just past 6 months old, we had the above photos taken. I had started seeing a personal trainer for the first time in my life because I was so sick of gaining weight and being fat and hating myself.  I went at it pretty hard for a couple of weeks, and then my body went into shock.  In the picture above I had a fever and felt like I had the flu, but I didn’t.  That lasted for two weeks with no change, so I finally went to the doctor.  A two-week fever was what finally made me see a professional – thank goodness for that fever!  The doctor asked me my symptoms and I started listing them off:  exhaustion, sluggish, aches & pains, extreme lethargy (some days I couldn’t get off the couch for hours, which is not easy with a 6 month old), depression, weight gain…as I listed them off a light bulb started to form.  Then the doctor said “I want to check your thyroid.”  As soon as he said it I realized I had hypothyroidism. 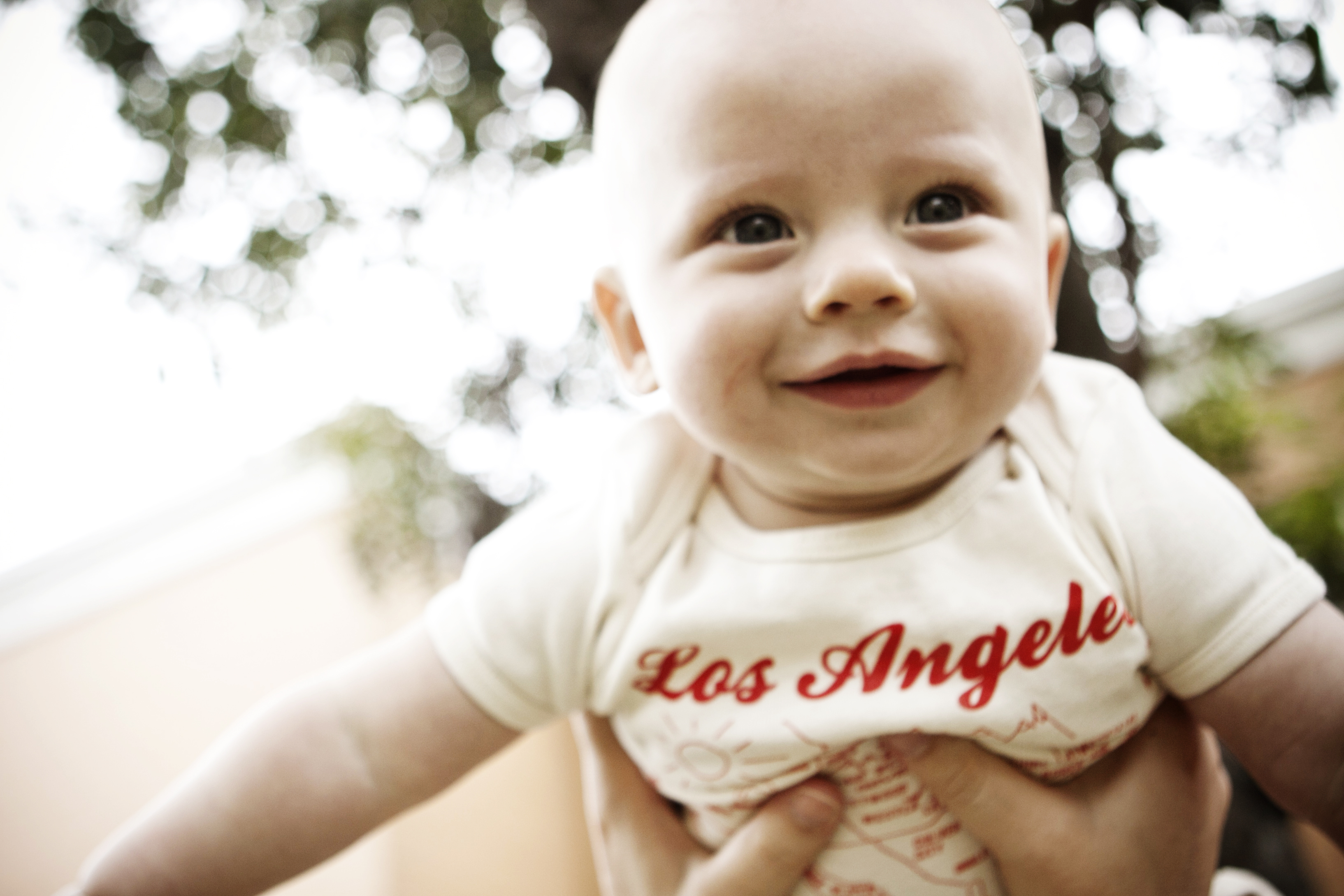 Actually, I had developed something called Hashimoto’s Disease, which is a type of autoimmune disorder. 10% of women develop this postpartum as a result of a major stress trigger (for me a very tough labor followed by having a newborn). Most women come out of it by one year postpartum. But 10% of those women end up with full-blown hypothyroidism. I was in that 10%. Because my depression wasn’t severe (I didn’t have bad feelings about my baby, wasn’t detached or removed, etc.) it is very likely that my depression was just a symptom of my hypothyroidism. It is also likely why I had breastfeeding issues (because I had a very low supply, despite trying literally everything to increase it). So I’m pretty sure my effing thyroid completely sabotaged my first year as a mom. The good thing about it is, I now take medicine everyday to replace what my thyroid doesn’t do for me anymore. And I will always have to do that, for the rest of my life. But it makes me hopeful that next time I have a baby I won’t have the problems and challenges I had the first time. I’ll just have new ones! 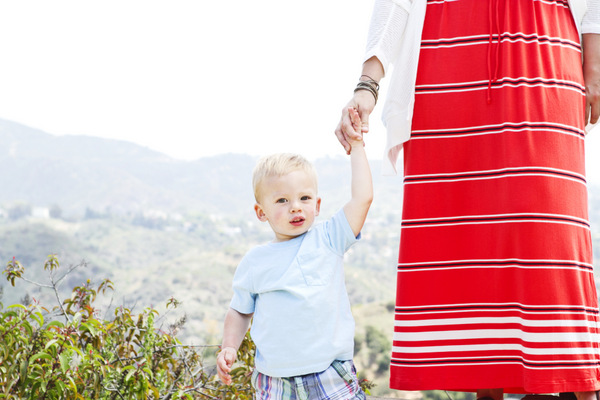 Charlie was 18 months here, and I was finally starting to feel and look like myself again. But it was a long and hard road. After I treated my thyroid, my depression didn’t completely resolve itself on its own. So I tried a combination of therapy and medication for a while, which I found tremendously helpful. I realized that what I was going through was not my fault. I couldn’t control it. I couldn’t snap out of it. I couldn’t just make it go away. Depression doesn’t work that way. And postpartum depression is so tied to your hormones, and anyone who has had a baby knows hormones are a bitch. A mean, angry bitch. So when you are feeling like a crazy, mean, angry bitch it really isn’t your fault. Tell your loved ones to call me – I’ll tell them myself! 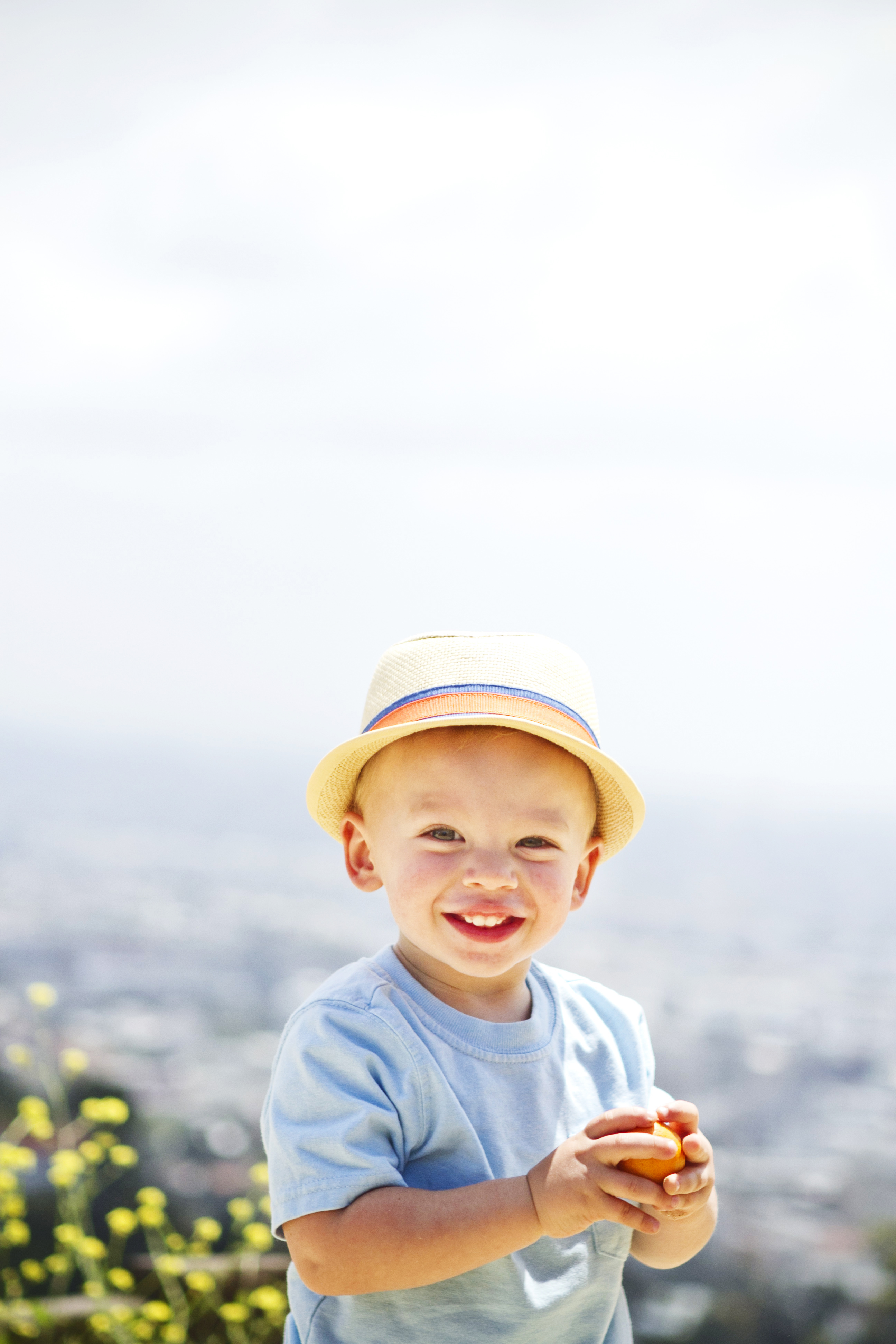 For those of you who don’t yet have kids, I am really not trying to scare you.  I would go through all of that 100 times to get Charlie – he is that worth it.  But I wish I had read something like this when I was suffering.  I’m a blogger and I’m guilty of it too, but sometimes life on blogs is so edited, so pretty, so not realistic.  Every party isn’t styled to perfection.  Every wedding isn’t devoid of tackiness.  Every baby isn’t clean and happy and perfectly behaved.  And every mom does not have her shit together.  In fact, I bet you very few of us do.  I know I don’t.  So there, now you’re not alone. 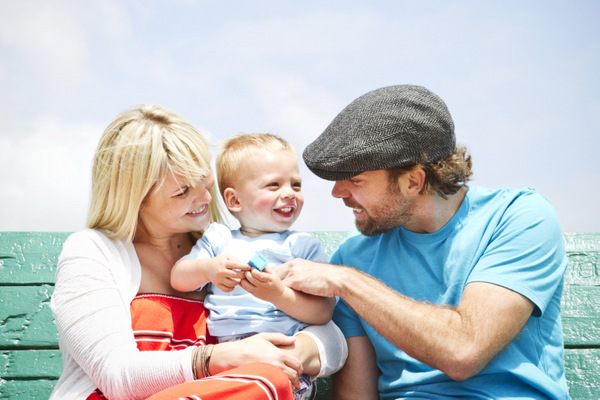 Thanks for letting me share my story with you. I have lots of them. I have that 26 hour labor story to tell, I have a “breastfeeding sucked” (pun intended) story, I have a story about something that happened after having a baby that rivaled the pain of having a baby. I have so many stories. And so do lots of my momma friends. So I hope this post is helpful. Because if I’ve learned anything, it’s that we mommas are in this together. We should try to help each other out as much as we can.

All photos by Jennifer Roper.

35 comments on “Being a mom is hard: My experience with postpartum depression.”