On this Memorial Day, I will not only be remembering the servicemen and women who have given their lives to protect our country and our freedom and thanking Veterans (and their families) who make sacrifices everyday for the rest of us.  That is what today should ultimately be about.

But for me, it is also the four year anniversary of the day my husband asked me to marry him.  Since he proposed on Memorial Day (and I gave birth to our son on Veteran’s Day – how weird is that!?) I celebrate that anniversary and celebrate what the day means.  I think that is one of the best ways to honor those who have given their lives for us – to celebrate life and freedom and love every day.

This Memorial Day is giving my family an even bigger reason to celebrate, because after working very hard for years my husband is making his television acting debut in The History Channel’s Hatfields & McCoys, which begins airing tonight at 9 pm (8 pm CST).  This epic miniseries is a three night event, and my husband won’t be seen much until night two.  And even though we’ve already seen it (and it is so freaking good, by the way!) we’ll be watching it again, and I hope you all will too.  Then come back and leave me a comment telling me what you think of it.  Honestly, there really is something for everyone.  There are fantastic performances by veteran actors like Kevin Costner and Bill Paxton (Tom Berenger and Mare Winningham especially blew me away) and a cast full of hot and talented rising stars like Lindsay Pulsipher, Matt Barr, Jena Malone, Andrew Howard, Boyd Holbrook, Noel Fisher, Tom McKay, Max Deacon, Jilon VanOver, Chris Hatherall, and Jonathan Fredrick. 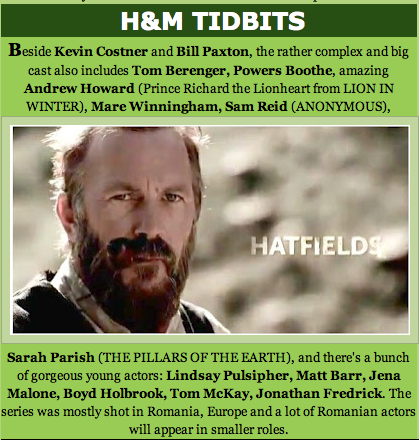 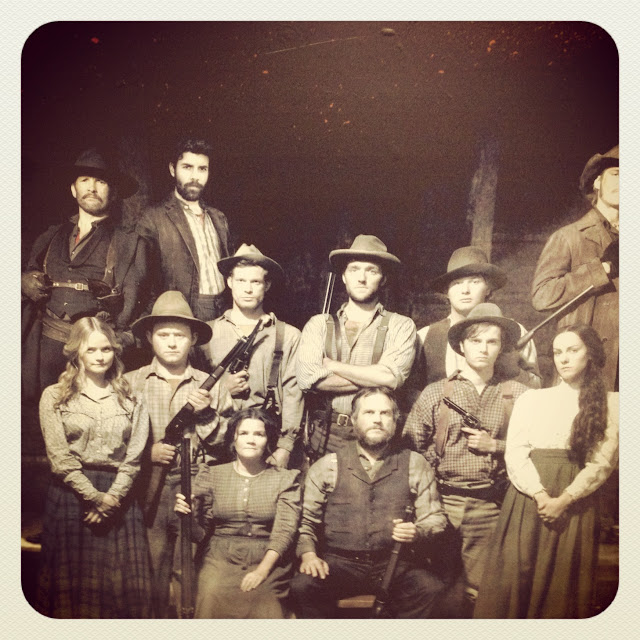 {thanks to a reader for tweeting me this photo from the NYC subway –
my hubs is top, second from the left} 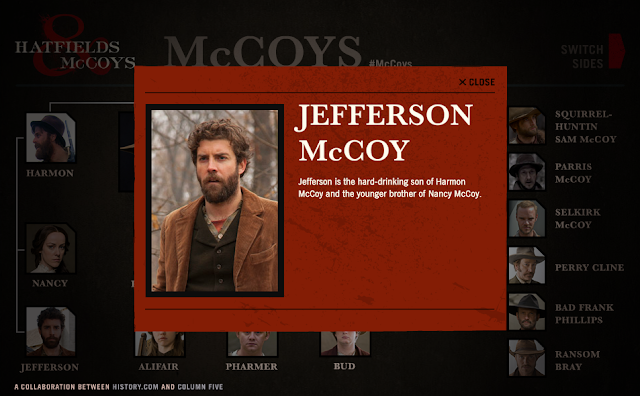 {Jonathan Fredrick as Jefferson McCoy via The History Channel} 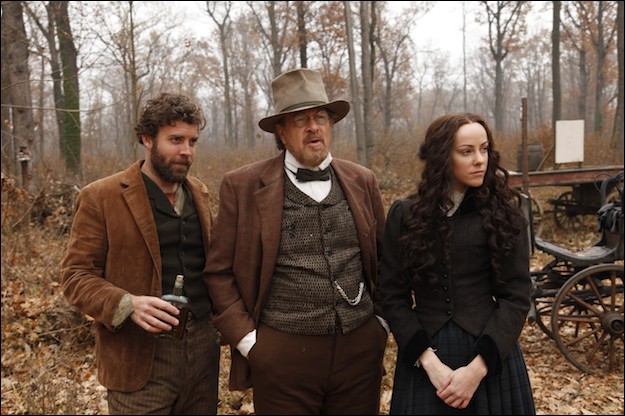 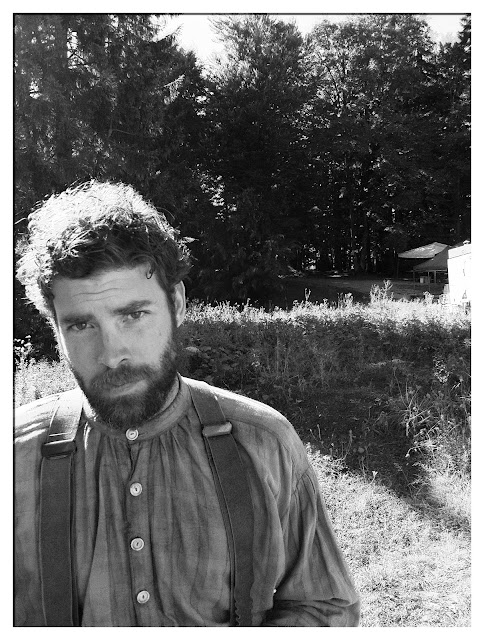 {Jonathan Fredrick as Jefferson McCoy, photo by Max Deacon via the Herald Dispatch} 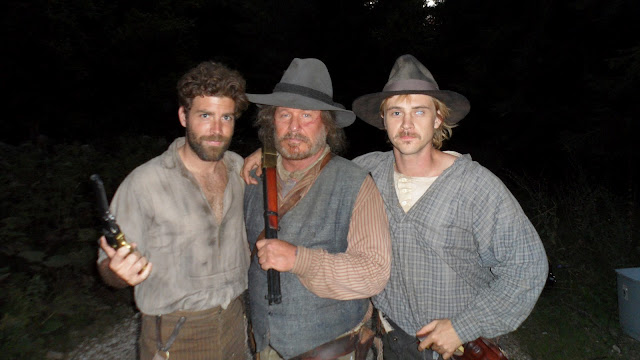 Thanks for letting me be a proud wifey today!  I hope you’ll tune in or DVR Hatfields & McCoys and then come back and tell me what you think.  Enjoy!  xx

Oh, and for those of you worried about it, my hubs’ hair and beard don’t always look like that!

7 comments on “{Personal} Celebrating: Life, Freedom, Love, and Success in the form of Hatfields & McCoys”