My husband and I watched the movie Bright Star over the weekend, and in addition to being a well told, acted, and directed film (it tells the true story of the three-year romance between poet John Keats and Fanny Brawne), it was a beautiful visual inspiration.  Every scene, whether shot in a field of wildflowers or set in an English kitchen, was shot so beautifully.  Everything was just so pretty. 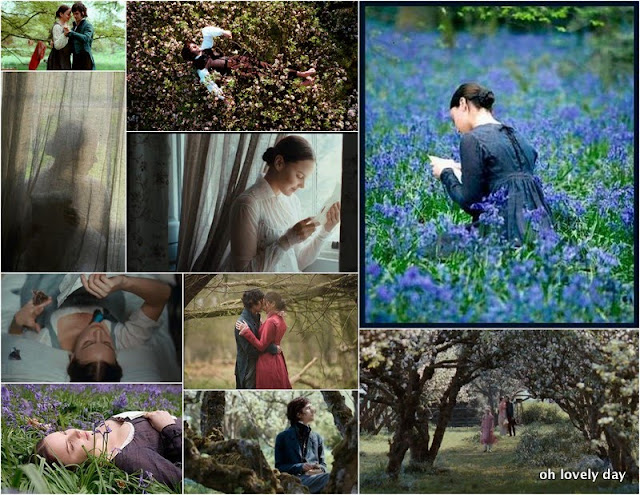 Images from the film Bright Star, written and directed by Jane Campion
I thought that styling a wedding based on the film would make for a breathtaking day.  Here is the inspiration board interpretation I created based on Bright Star. 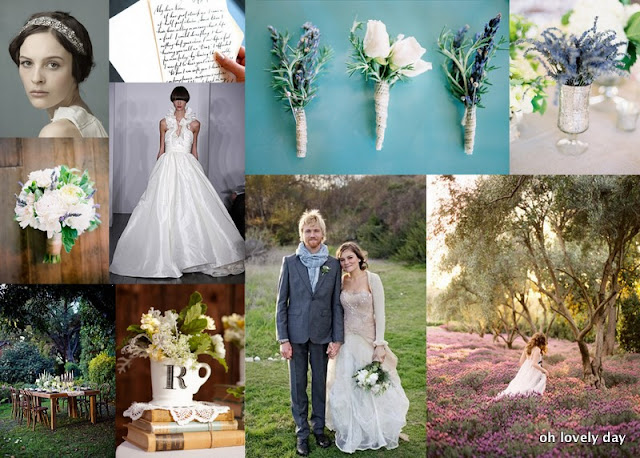